Could Olives be Used to Prevent Dementia? 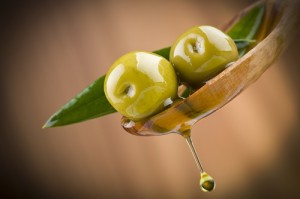 Past studies have shown that those who follow a Mediterranean diet are less likely to suffer from dementia. With this in mind, researchers are taking one of the key components of the diet – olives – and examining just what it is about the fruit which may play a significant role in the prevention of memory loss.

A Hessen-based group of researchers from the Goethe University Frankfurt, the Technical University (TU) of Darmstadt, and the company N-Zyme BioTec GmbH are conducting a three-year project named “NeurOliv”, funded by the Federal Ministry of Education and Research. They aim to investigate the link between olive consumption and a reduced risk of dementia, and to use the substances contained in olives to develop new functional food for the ageing society which will prevent dementia and Alzheimer’s disease.

“We want to test whether olive polyphenols can even help to cure the disease,” says Dr Joachim Tretzel, Managing Director of N-Zyme BioTec GmbH. “This is why we believe our products also relate to the pharmaceutical sector.”

Professor Heirbert Warzecha of the Department of Bilology of TU Darmstadt, the study’s leader, explains that they are developing new biotechnological processes designed to extract specific plant substances in a pure and defined form.

“Our new techniques make it easier to extract the substances from olive leaves and significantly improve low yields,” says Warzecha.

“When it comes to production, this means we aren’t dependent on the seasonal harvesting of olives in growing areas,” adds Dr Stefan Marx, also Managing Director of N-Zyme BioTec.

Meanwhile, the “nutritional-neuroscience” group at the Goethe University Frankfurt, led by food chemist and private lecturer Dr Gunter Eckert, will test the effectiveness of these biotechnologically produced olive substances, beginning with tests in cell culture models.

“We focus on changes to the power houses of nerve cells (mitochondria), which change early on in Alzheimer’s disease,” says Dr Eckert. “We are testing the hypothesis that certain polyphenols from olives slow down disease processes in the brain, improve mitochondrial dysfunction and, as a result, provide evidence to suggest they protect against Alzheimer’s disease.”