Cosmetic Surgeries as Prizes – A Step Too Far?

Posted by The Best of Health
Categories: Cosmetic Surgery / 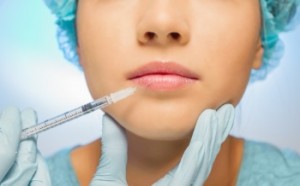 It would appear that many aesthetic surgeons are failing to comply with the recommendations laid out a year ago in regards to Valentine’s Day-themed promotions. The Government, off the back of the Keogh Review, were clear in their condemnation of time sensitive offers for cosmetic treatments, including facial injections. Despite this, yet again this year the internet has been littered with adverts for these types of offers.

In spite of the best practice recommendation laid out by the Government, offenders are unlikely to face any real punishment. The worst that they can expect is a slap on the wrist in the form of a warning from the Advertising Standards Authority. Is this response firm enough, considering one clinic has even gone as far as to offer breast implants as a competition prize?

Former British Association of Aesthetic Plastic Surgeons (BAAPS) President and consultant plastic surgeon Rajiv Grover said: “If despite Government directives, providers can continue to advertise time-sensitive deals and prizes for what should be deemed as medical treatments, what message does that send about our sector?  Nothing to see here folks, no need to be concerned with guidelines for best practice – since no one will face consequences.”

BAAPS previously spoke out against using cosmetic surgery treatments as prizes in 2007 due to the fact that it encouraged people to make life changing decisions about their bodies based on ‘hype, excitement and emotion’ while trivialising any risks that the surgeries may hold.

Irrespective of the stances held by both the Government and BAAPS, these marketing ploys are still being used aggressively even after the death of a medical student who was awarded liposuction as a prize in a beauty contest.

Dr Grover also stated: “This example of a cosmetic surgery competition was appalling in 2007, but beggars belief in 2015.  It is outrageous that despite the warnings in the Keogh Review and the Government’s response, clinics continue to behave without a conscience by putting their profits before common sense.  BAAPS has campaigned against this sort of marketing practice for over a decade and consistently pointed out loopholes in the regulation of the aesthetic sector, which have failed to be shut down.  Marketing such as this led to thousands of women choosing to undergo breast augmentation without fully understanding the risks.  A warning from the ASA in response to aggressive marketing and advertising is a bark without any bite, and clinics repeatedly flout this token slap on the wrist – yet will gain a database of patients who have not considered any risk.”