COPD and Asthma – Don’t Let Them Get You Down 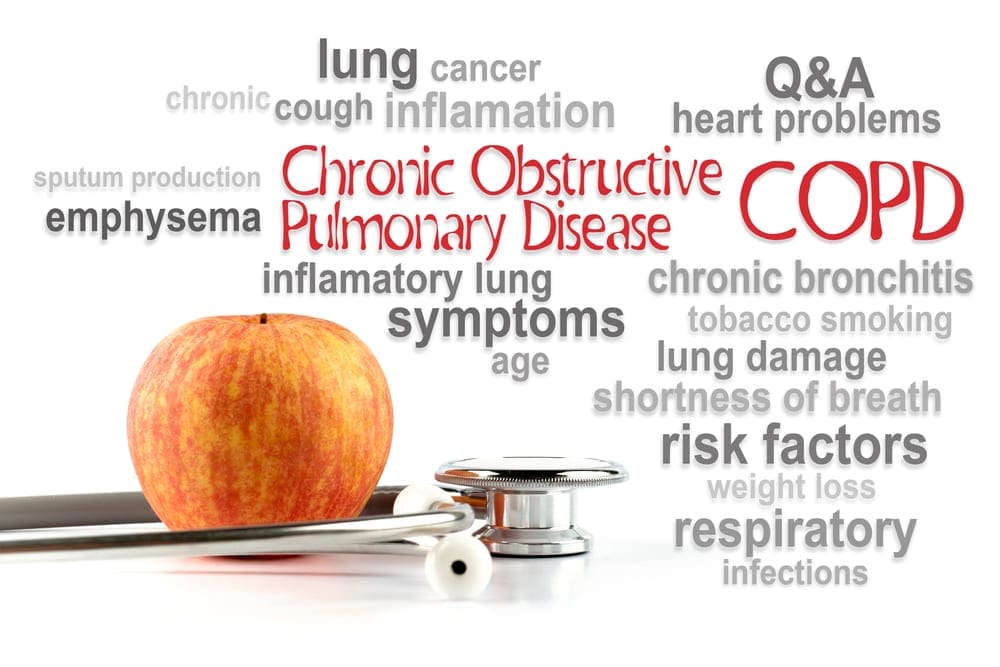 Many of us confuse COPD and asthma but they are quite different. However, whichever one you have, don’t let the disease get you down, as both are treatable.
COPD (Chronic Obstructive Pulmonary Disease) is a respiratory disease that progressively worsens, a little like chronic bronchitis or emphysema. If you suffer from COPD, airflow will gradually decrease and the tissues in the airways will inflame.
Asthma is also a respiratory disease and has similar symptoms to COPD such as continual coughing, shortness of breath and chronic wheezing.
Some people have COPD, particularly those who smoke, but are often not aware of it. This is a problem as being able to diagnose COPD early on can help prevent extreme loss of lung function. The reason that the diseases are often confused is because a large percentage of those who have COPD also suffer from asthma, this being a big risk factor.

The differences between COPD and asthma

In this article we will look at both COPD and asthma in a way of pointing out the variances between the two. Here are a few of the key differences:
• Asthma is frequently diagnosed in children whilst COPD shows itself in people beyond the age of 40.
• Smokers frequently suffer from COPD but asthma can occur for a number of reasons, many of them unknown.
• Whilst asthma can remain the same or even improve as we age, COPD gets progressively worse.
Now let’s take a look at how different factors impact upon each of these respiratory problems.

The airway gets obstructed with both asthma and COPD, it is just the age at which the disease first presents which is very different i.e. asthma can appear in children and adults but COPD will only occur in adults.

The diseases do not appear to be due to the same reasons. Asthma can occur due to genetic or environmental factors or even exposure to certain specific allergens. These can vary in each person with some of the more common ones being pollen, pet hair and dander, dust mites, mould, exposure to the cold air, smoking and even certain medication or foods.
COPD occurs most often in smokers or those frequently exposed to fumes or burning fuel. A very high percentage of smokers develop COPD, as many as 30%. This is due to the smoke irritating the lungs, removing the elasticity from the bronchial tubes and air sacs. This results in them over-stretching and leaving air trapped in the lungs, even when you exhale fully. It can also be due to genetic disorders and low levels of something referred to as AAT. This is a protein that protects the lungs; if we do not have enough of it, lung damage can occur, even in younger people and those who do not smoke. 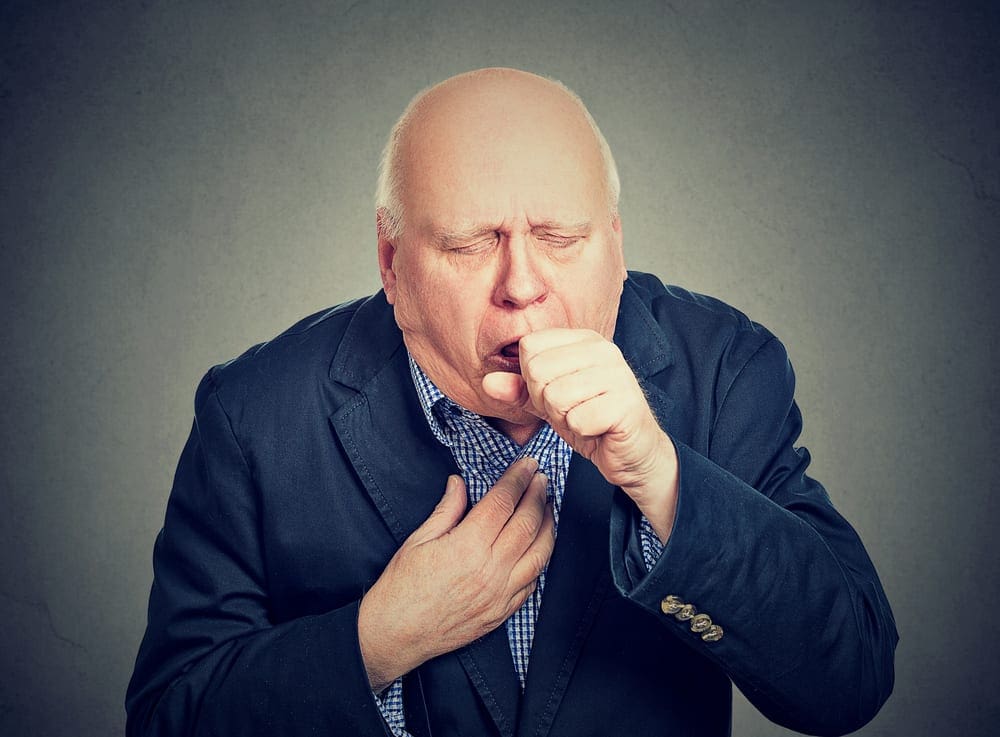 The triggers that impact upon COPD and asthma are also different.
If you have asthma, the following may make it worse or bring on an attack: allergies, cold air, exercising.
COPD is mainly irritated by infections within the respiratory tract such as flu or pneumonia or exposure to certain pollutants in the atmosphere.

The symptoms of both appear to be much the same i.e. chronic coughing, wheezing, shortness of breath and the airway being hyper-responsive when you inhale.

These are conditions that you may suffer with along with the main disease and again they are similar for both asthma and COPD. They could include: raised blood pressure, lessening of mobility, insomnia, frequent headaches/migraines, sinusitis, depression, cancer and ulcers in the stomach.
Research carried out indicated that those with COPD are likely to have three or even more of these associated conditions. 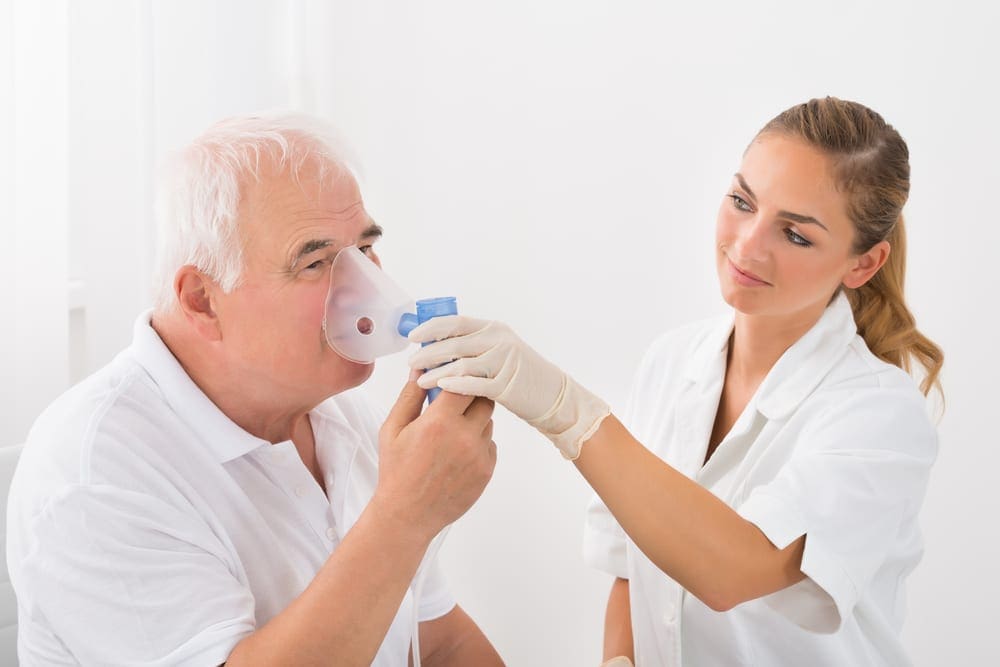 Asthma is an ongoing condition that needs to be managed correctly. If you think you may have asthma, then you should consult a doctor to get your condition diagnosed and treated. Once you know your triggers, you can try to do whatever possible to avoid them. If you are prescribed daily medication for asthma, you must use it. Some of the treatments for asthma include:
• Bronchodilators that give quick relief such as Atrovent or oral corticosteroids.
• Medications/treatments such as immunotherapy or Xolair.
• More long-term medication to give general control such as inhaled corticosteroids, long-acting beta agonists, a mix of inhalers and theophylline and leukotriene modifiers.
• Bronchial thermoplasty – this operation will involve the inside of the lungs being heated with an electrode so shrinking the muscles within the airways. This will then prevent the airways from tightening, making breathing easier and asthma attacks less frequent.
COPD treatments will enable you to control the symptoms and lead a normal life. Because the disease worsens with age, doctors may also prescribe medication to try and prevent or delay this. Sufferers should definitely not smoke and should stay away from second-hand smoke produced by others. If you do not do this, then the condition will worsen. Some of the treatments for COPD include:
• Bronchodilators, steroids or combination inhalers, oral steroids, phosphodiesterase-4 inhibitors, theophylline and antibiotics if required.
• Lung treatments which may include any of the following: oxygen therapy, pulmonary rehabilitation education, exercise training, nutritional advice, and support/counselling.
• Surgeries such as lung volume reduction surgery (removing damaged tissue to increase space for the healthy lungs), transplants of lungs (replacing the diseased lung with a donated one) or bullectomy (removal of very large air spaces from within the lungs to make breathing easier).

Both conditions should respond well and remain controlled if treatment regimes are followed closely. If smoking is deemed to be damaging then quitting is imperative with COPD. However, the difference between the two diseases is that reduced lung function can only be reversed with asthma; COPD usually points to a much faster decline in the ability of the lungs to work well. This applies even if the COPD disease is mild.

Whilst both COPD and asthma can’t be cured, the long-term outlooks differ. Asthma is often easier to control and will not necessarily get worse over time. However, this is not the case with COPD as if you have the condition, it is not likely that it will lessen in severity. Whilst people with infantile asthma may recover completely as they age, this is not the case with adults who develop COPD.
Both illnesses rely on being controlled correctly with medication and following treatment plans closely in order to bring about a reasonable quality of life.

For regular updates on health conditions especially relevant for the 50plus age group, please follow us on Facebook.

Finally, if you think this information may help a friend or relative, please Share it with them via the links below.