Types of Hip Replacement Surgery Available in the UK

Posted by The Best of Health
Categories: Consultants & Specialists/ 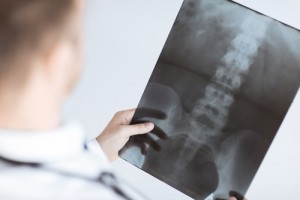 Close to 70,000 patients receive hip replacement surgery each year in the UK alone. Traditionally, those having a hip replacement were mostly over the age of 65; however, according to a recent report in Arthritis and Rheumatism, numbers of younger patients having surgery on their knees and hips are increasing, largely due to rising levels of obesity, which puts strain on the joints.

Hip Replacement Surgery in the UK

Hip replacement surgery in the UK has a good reputation and on average, nine out of ten patients report noticeable improvement in both mobility and reduced pain after receiving the treatment. Of the remaining 10%, most are able to improve their symptoms by having a further operation.

If you’re recognised as a suitable candidate for surgery, you’ll be able to receive the treatment on the NHS, though extended waiting times can motivate patients to explore the option of private treatment, which costs approximately £7,000 to £15,000.

Arthritis Research UK identifies two main procedures available to patients within the UK. These are:

In recent years, there have been many advancements in hip replacement surgery and some exciting developments. One of the more recent pioneering techniques is combined simultaneous hip replacement with stem-cell therapy, in which the patient’s own stem cells are used to replace damaged sections of the hip bone. Stem cells are our body’s natural “building blocks”, so are naturally suited to the task of repairing damage.

There are other pioneering techniques also now being offered in the UK, including “mini-hip replacements” and using computers to create prostheses based on the patient’s unique bone shape.

Having a Hip Replacement in the UK

High success rates, excellent surgeons and cutting-edge treatment make the UK a particularly good place to have hip replacement surgery. If you need surgery and want to find out more about the options and types of hip replacement available to you, speak to your GP, who will be able to provide you with further information.