Hip Replacement Surgery: Should You Stick With the NHS, or go Private?

Posted by The Best of Health
Categories: Consultants & Specialists/ 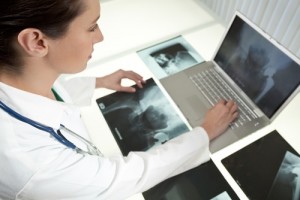 The challenges currently facing the NHS have been well-documented in recent years by the media, with reports highlighting extended waiting times, overcrowded wards and overworked medical staff. In light of such reports, it is unsurprising that many people considering NHS hip replacement surgery explore other options.

However, with the average private hip replacement operation costing somewhere in the region of £7,610 to £14, 980, it’s not a treatment that everybody can afford. Here’s some further information regarding both private and NHS hip replacement surgery, which is provided to help you to make a more informed decision.

The NHS has a current target of a maximum of 18 weeks for all forms of treatment, unless it is deemed ‘clinically possible’ for you to wait longer. According to the official NHS site, if you cannot be seen by your local NHS hospital within the 18 week waiting period, you have a right to be referred to an alternative medical establishment to receive your treatment.

In short, you may receive ‘private’ healthcare without actually paying a penny!

However, it’s important to note that in other areas of the country, mortality rates are considerably lower; many NHS hospitals across the UK are noted for their success in carrying out hip replacement treatment.

Private Hip Replacement Surgery – What You Need to Know

Before making a decision, it’s important to be aware that hip replacement surgery is considered one of the most successful operations in the UK, in terms of both low mortality rates and positive results. This applies to NHS hip replacement as well as those performed by private healthcare organisations.

Before deciding, talk to your GP about your options. Also, take the time to discuss the matter with other people who have already had the operation; ask them about their experiences and what they would recommend. In short, it’s worth doing your research, to ensure you’re properly informed and armed with the right facts before making any final decision.