Cataract Surgery – Dr Chris And His Own Experience

Posted by The Best of Health
Categories: Consultants & Specialists / Health and Wellbeing / 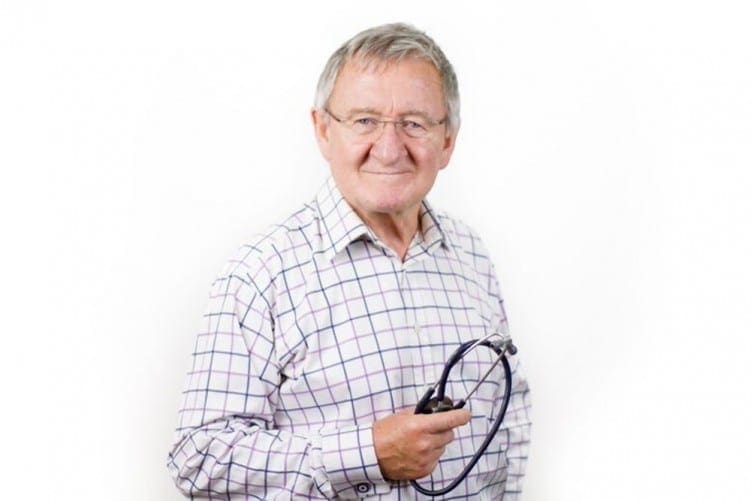 Dr Chris is at home today, recovering from cataract surgery on his left eye. However it didn’t stop him appearing to his regular viewers on ITV’s This Morning programme. He spoke about his experience via a link to the studio to help dispel myths and reassure people who may be concerned about undergoing this procedure themselves. Many people who would really benefit from this operation are reluctant, as they fear it will be a long and painful process.

Cataract surgery is the most commonly performed surgical procedure, with over 330,000 operations performed each year in England alone. Despite the fact that cataract is the most common cause of treatable blindness, a recent survey revealed that 88% of people with cataracts were not receiving treatment. The reluctance of many people to undergo surgery was behind Dr Chris’s wish to show the nature of the operation by having it filmed. The Optegra Eye Hospital, in Manchester where the procedure was carried out on the NHS, allowed the filming to show how simple and painless the operation is from the patient’s point of view.

Before the surgery Dr Chris said: “Cataracts are very common as people get older, and people over 65 will have some degree of visual impairment caused by this.

“I had my right eye operated on last month and today I’ll be having my left eye done. My vision was getting poorer in a cloudy and misty way.

“I found reading small print difficult and it began to affect my work and everyday activities, and was advised to get surgery to remove them.”

He went on to say: “As a GP I wasn’t too worried, although I don’t deal with eye surgery and it’s under a local anaesthetic – and anyone going through that and knowing there’ll be a surgeon putting a scalpel in your eye, it’s natural to have slight reservations!”

But he stressed that he had been in no pain and that his eyesight had improved dramatically after his first cataract operation last month.

How the procedure is carried out

Cataract surgery is needed out when a clouding of the lens of the eye reduces the light reaching the highly sensitive retina which results in cloudy or blurred vision.

The procedure is carried out under local anaesthetic and takes just 30 minutes in the operating theatre. The local anaesthetic serves a two-fold purpose – to keep the eye still and minimise any feeling of discomfort.

Anna Maino, the surgeon who performed Chris’s operation, said to imagine that the cataract is like the size of a Smartie. A hole is cut in the centre of it and the middle is “hoovered out.” A new lens is then injected in and this restores the focus of the eye.

Miss Maino explained that the feedback from patients is that the operation gives them a new lease of life.

For the first couple of days, it will be necessary for Chris to take it easy, wear a clear plastic eye guard at night and put in eye drops for three to four weeks.

To anyone who is concerned about the procedure, Chris says: “Do not worry, it’s a procedure that’s over very quickly. Within half an hour you’ll be out of there. You won’t feel anything, you won’t see anything and the results are dramatic.”

24 hours after the operation, Chris says he feels no pain or discomfort, colours are more intense and he is seeing everything in High Definition!

Looking forward to seeing you back to full strength Chris and wishing you well from the team at The Best of Health.

You can visit the website of the Optegra Eye Hospital by clicking on the link below:

To read our other articles on cataracts either enter the word in the Search box at the top of each page on our website or click on the following link: