Posted by The Best of Health
Categories: Coeliac Disease/Health and Wellbeing/ 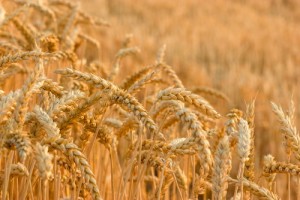 As ever more people are choosing to cut down on or cut out gluten from their diets, and society in general is becoming more aware of the needs of those with coeliac disease or other gluten intolerances, the Kansas Wheat Commission are funding research which will try to develop a strain of wheat which is itself free from gluten.

Gluten is a substance made of a combination of complex proteins, which is contained in wheat, rye and barley, and gives dough its elasticity, and some of its flavour. Though many people are choosing to abstain from gluten because they consider it healthier, it is those who suffer from coeliac disease who are most averse to it. You can read our full guide to coeliac disease here, but in short, it is an autoimmune disorder whereby even the smallest amount of gluten can damage the small intestine, causing serious damage and distress in the process. Some people also suffer from a problem known as non-coeliac gluten sensitivity.

Coeliac disease is believed to affect about 1% of the population, and is four to five times more common now than it was fifty years ago. It is also most common in people aged 40 and above. Since the only known treatment for coeliac disease is total abstention from foods containing gluten, it’s understandable that farmers and those with the disease might both be interested in the results of this research.

However, Chris Miller, lead researcher for the project and senior director of research for Kansas cereal-product company Engrain, claims this research is not primarily about increasing sales or profits. “If you know you are producing a crop that is not tolerated well by people, then it’s the right thing to do.”

The research, which is set to cost $200,000 for the first two years, is meant to identify what it is in wheat’s DNA which triggers a reaction from people with coeliac disease. Still in the early stages, researchers at the Wheat Innovation Center in Manhattan, Kansas, are extracting proteins from seeds of different varieties of wheat, and intend to combine these proteins with human antibodies to test for reactions.

Miller also plans to investigate wild relatives of wheat and older varieties alongside modern breeds, in order to find a variety that is already comparatively low in gluten and doesn’t cause such negative reactions in coeliac sufferers. In this way, he hopes to be able to create a gluten-free wheat using traditional breeding methods.

However, there is some scepticism about the likelihood of this research to produce effective results. Armin Alaedini, assistant professor of sciences at Columbia University and a researcher at their Celiac Disease Center, says the methodology might be “too simplistic an approach.” He worries that the results may not go far enough, producing a wheat which is less toxic than previous varieties, but still not actually safe for coeliac sufferers to eat.

He also worries that removing the gluten might also remove those properties which differentiate wheat-based baked goods from their gluten-free alternatives: “After all this effort, this product that is coming out … is unlikely to be superior in terms of nutritional value or baking properties and taste to the gluten-free products that are already on the market.”

However, Marilyn Geller, CEO of California’s Celiac Disease Foundation, is more encouraged. “I am certain that there are a large number of people with celiac disease who (like) the idea of being able to eat actual wheat, with the properties of wheat that make the bread nice and fluffy.”

So it is yet to be known whether or not Miller will succeed in making a wheat which has all the positive properties of gluten-containing wheat, with none of the gluten, or if this is an unachievable goal, but for those who can’t eat gluten, it might well be worth keeping an eye on this one.