Checking Your Prostate: Should You Have a PSA Test? 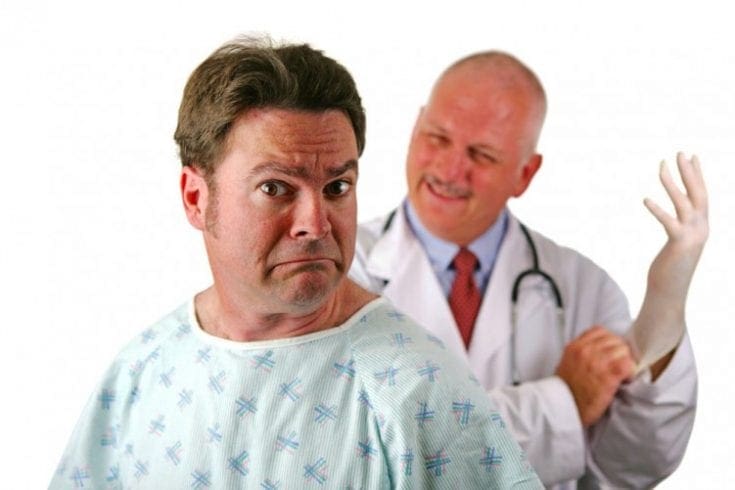 Whilst these are daunting figures, it’s also important to note that 84% of men diagnosed with prostate cancer go on to survive 10 or more years after. This is largely due to early detection, which is partly down to the PSA test.

What is the PSA Test?
The PSA (prostate-specific antigen) test is a blood test, which is used to detect the early signs of an enlarged prostate. It’s currently used as an initial test for those who are concerned about prostate cancer.

The test works by identifying a protein that is only produced within the prostate gland. Some of this protein naturally leaks into the blood, and the amount present can determine the health of your prostate.

Raised levels of PSA can indicate that you may have prostate cancer. The amount varies, depending on your age.

It’s important to note that whilst elevated levels of PSA may indicate cancer, it can also be a symptom of other conditions, such as urinary infection, prostatitis or enlarged prostate. The test is not mandatory for men in the UK. Instead, the NHS offers an ‘informed choice programme’, where men can choose to have the test or not, based on understanding of the pro’s and con’s involved.

Controversy Surrounding the Test
The introduction of the PSA test has not been without its share of controversy. Whilst it is effective at identifying prostate cancer in its early stages, and thus considerably improving survival rates, it can be unreliable.

A recent report featured in the Daily Mail indicates that as many as 7 out of 10 patients receive a false result from their PSA test, which then leads to unnecessary medical procedures such as biopsies, which can be painful. Likewise, treatment for prostate cancer, which includes options such as chemotherapy and surgery, not only cause considerable discomfort and emotional stress, but can lead to permanent health problems, such as erectile dysfunction and incontinence.

Experts speculate that for every life saved by the PSA test, 45 further men undergo treatments that they didn’t actually need.

Should You Have the Test?
If you’re concerned about your prostate, the first thing you should do is arrange an appointment with your GP. Remember, an enlarged prostate is a very common problem in men over the age of 50, and is generally not a serious threat to your health.

Your GP will discuss your symptoms with you, and then provide you with information about the testing available. You’ll then be able to make an informed decision, with help from your doctor. Whatever course of action you decide to take, remember that it is important to seek advice, rather than ignoring the problem. Although it’s likely to be nothing serious, it makes good sense to get things checked out as early as possible.