Heartburn Can be a Sign of Cancer, Warns Public Health England Campaign 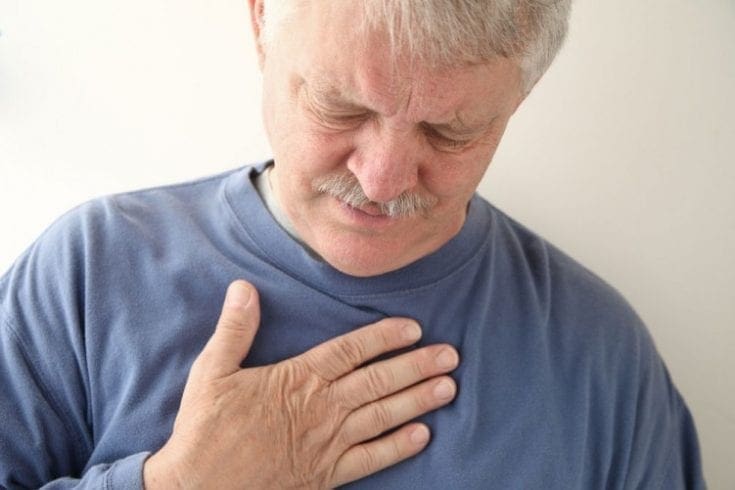 A national campaign has launched today (26 January 2015) urging people to visit their doctor if they have persistent heartburn, because it can a sign of cancer. The Public Health England ‘Be Clear on Cancer’ campaign warns that heartburn most days for three weeks or more can be a sign of oesophageal or stomach cancer.

Of those diagnosed with oesophago-gastric cancers, Public Health England said more than nine out of 10 people are over the age of 50, making this the target age group for the campaign.

Professor Kevin Fenton, national director of health and wellbeing at Public Health England, said: “People may be reluctant to visit their doctor about persistent heartburn, thinking that it’s something they just have to live with. But heartburn most days for three weeks or more could be a sign of cancer. The earlier cancer is diagnosed, the higher the chance of survival. If we’re to improve early diagnosis rates, we need to encourage people with symptoms to go to their doctor, which is what this latest Be Clear on Cancer campaign aims to do.”

Sean Duffy, national clinical director for cancer at NHS England, added: “Early diagnosis of cancer is absolutely critical to improving survival. Part of this is helping people understand what symptoms to look out for, which is why campaigns like this are so important. Patients with possible early signs and symptoms should visit their GP so, where necessary, they can be referred for tests and treatment can start quickly. Early diagnosis is a key focus for us and will form part of the NHS’s new five year strategy for cancer, currently being developed by an independent taskforce,” Duffy said.

Heartburn and Cancer Survey
The campaign launch coincides with results of a new survey commissioned by Public Health England, which reveals only one in two people (55%) would visit their doctor if they had heartburn most days for three weeks or more.

According to the survey findings, 59% of respondents did not know that heartburn could be a sign of cancer with just 15% saying they were certain that it is a symptom. Another symptom highlighted by the campaign is that of difficulty swallowing food. Here the survey found that 70% did not know food sticking in the throat could be a sign of cancer, and just 13% of those surveyed said they were sure it is a symptom.

Deaths From Oesophago-Gastric Cancers
Latest figures released by Public Health England reveal around 12,900 people in England are diagnosed with oesophago-gastric cancers each year, with approximately 10,200 people dying from these diseases annually. This equates to 28 people dying from either oesophageal or stomach cancer every day.

Professor Michael Griffin, professor of surgery, northern oesophago-gastric unit, said, of the Be Clear on Cancer campaign: “Around 10,200 people in England die from either oesophageal or stomach cancer each year. Earlier diagnosis makes curative treatment possible and could potentially save hundreds of lives. Cancer campaigns like this, which encourage people to speak to their doctor if they have heartburn most days for three weeks or more, are vital.

“You won’t be wasting your doctor’s time,” he said. “You will either get reassurance that it isn’t cancer, or if it is, you will have a better chance of successful treatment.”

The four-week Be Clear on Cancer campaign will see adverts running nationally throughout England on TV, radio and in the press with events taking place at a number of shopping centres across the country. For further information about the signs and symptoms of oesophageal and stomach cancers, visit nhs.uk/ogcancer.