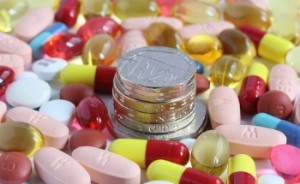 Sad news comes today for British cancer care, with the announcement that the NHS is making cuts to drugs for cancer treatment in the UK. Up to twenty five different cancer treatment drugs will no longer be funded by the NHS in England.

The decision has been made after it emerged the NHS will increase its budget for the Cancer Drugs Fund (CFD) from £280m to an estimated £340m from April 2015.

The CDF review will create projected savings of approximately £80 million through a combination of negotiated price reductions and “improved clinical effectiveness.” But the result of this review is only 59 of the 84 most effective currently approved and clinically used drugs for treating cancer will roll over into the CDF next year. While NHS England says this creates “headroom for new drug indications that will be funded for the first time,” it means 25 of the drugs will no longer be funded. The restrictions come into place from 12 March this year and affect a whole range of treatments for breast, pancreatic and bowel cancer.

NHS England says the move is necessary because if action had not been taken to review the CDF drugs list, the Fund could next year grow to around £420m. This would result in making cuts in other aspects of cancer treatment such as radiotherapy, cancer diagnoses and cancer surgery.

Professor Peter Clark, chair of the CDF and a practising oncologist, said of the CFD changes: “We have been through a robust, evidence-based process to ensure the drugs available offer the best clinical benefit, getting the most for patients from every pound. There were drugs that did not offer sufficient clinical benefit so we simply cannot go on funding those.

“These are difficult decisions, but if we don’t prioritise the drugs that offer the best value, many people could miss out on promising, more effective treatments that are in the pipeline,” he said.

A Backwards Step for Bowel Cancer 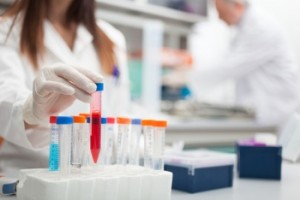 Mark Flannagan, chief executive of the charity Beating Bowel Cancer, of which Dr Chris Steele is an ambassador, said the changes to the CDF are “bad news” for people with bowel cancer.  He said they are a “backwards step” for bowel cancer treatments, which has “failed” patients.

“This is bad news for bowel cancer patients,” he said. “It’s likely that 65% of patients with advanced bowel cancer face the probability of an earlier death by being refused innovative treatments that were available before.

“These changes are a backward step in treatment for advanced bowel cancer. Doctors will be forced to tell their patients there are treatments that can prolong their lives but they will no longer be available.

“Since 2010 the Cancer Drugs Fund has allowed more bowel cancer patients to survive longer and have a better quality of life. For many patients with advanced bowel cancer, survival rates have increased from eight to 30 months,” Flannagan added.

If you or a loved one are affected by the changes to the CFD, it is important to know that four important patient protections are now in place:

For further information about the CFD visit the Cancer Drugs Fund page on the NHS England website.