Lack of Breast Scans for Women Over 70 is Costing Lives

Posted by The Best of Health
Categories: Breast cancer / 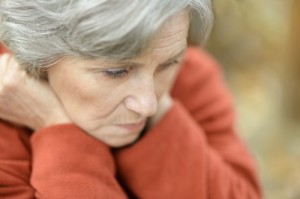 MPs have expressed concerns that many older women are dying needlessly because of the lack of routine breast cancer screening for this age group. The All-Party Parliamentary Group on Breast Cancer says that an age-bias in the NHS is preventing too many older women from getting the treatment they need.

Tory MP Steve Brine, chairman of the group, says that the lack of screening offered to women over the age of 70 has led many to wrongly believe that once they reach this age, they are unlikely to develop the disease.

The statistics show that there is a slight decline in the risk of developing breast cancer when women reach their 70s. In the UK, there are 8,300 cases of breast cancer a year in women in their 70s, compared to 12,800 women in their 60s and 10,600 in their 50s. However, those in their 70s are more likely to die from the disease because it is more often diagnosed in the late stages, making treatment more difficult.

The NHS invites women for mammograms every three years between the ages of 50 and 70. While women above this age can still have a mammogram for free, they will not be invited for one and will only have one if they use their own initiative to find a clinic and book an appointment. Unfortunately, there are not many from this age group who do so, and it has been suggested that older women are less mindful of the symptoms of breast cancer, and therefore less likely to notice for themselves the signs that an examination is needed.

“We are concerned at the slow pace of change,” Brine says. “Whilst some progress has been made, there is still a lot of work to do in ensuring that older people with breast cancer receive the care, treatment and support that is most appropriate to them. Women should be given treatment on their fitness, not their age.”

“Too often, older people don’t get treatment when they need it,” says Dr Fran Woodard of Macmillan Cancer Support. “Also, older women are more likely to have the perception that they are wasting a doctor’s time, which means they can delay visiting a doctor and are therefore more likely to be diagnosed later.”