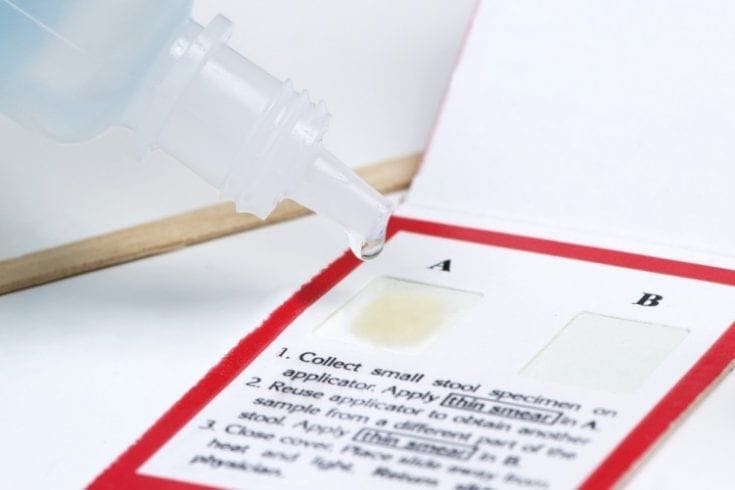 Bowel cancer is the fourth most common cancer in the UK, but too many people are ignoring invitations to bowel cancer screenings because they believe they’re unlikely to have it. Because of this, it’s the second most deadly cancer, despite the availability of a simple, potentially life-saving test.

The NHS invites all men and women aged 60-74 to carry out a faecal occult blood (FOB) test at home. The test checks for the presence of blood in a stool sample, which can be an early sign of bowel cancer. It may indicate the presence of polyps – growths that appear commonly in the colon and can occasionally become cancerous. The test is offered because bowel cancer is easier to treat if detected at an early stage, and there’s a much better chance of surviving it.

Barry Murphy, a 65-year-old former BT communications officer, is one of the many who ignored this invitation. “I had a look at it and threw it in the bin,” he says. “I had no symptoms or family history and, frankly, it looked like too much of a faff.”

When Barry received a second invitation two years later, his wife insisted that he take the test. Within a month of sending off his samples, he was given an outpatient appointment for a colonoscopy. A tumour was found, and a CT scan showed that the cancer had spread to his lymph nodes and his liver. Since then, he has had five major operations to fight the disease.

If Barry had taken the test when first invited to do so, treatment would have been much simpler and could potentially have prevented the cancer altogether. If a polyp is found early, it can normally be removed painlessly before it has even had a chance to become cancerous or spread outside the bowel. In this case, the patient has a 93% chance of surviving at least five years. Once the cancer has spread, that chance is reduced to just 6%.

Barry is eager to encourage others not to make the same mistake he did, and to put in the little effort it takes to complete the FOB test before it’s too late. However, he worries that people are too ill-informed about bowel cancer to take the risk seriously.

“People are still not convinced,” he says. “A man my age listened to what I had to say but told me he wouldn’t bother with the test because bowel cancer is so rare. He’s wrong, but how do you convince him?”

Anyone unsure of whether to take the FOB test should take note of the evidence demonstrating the effectiveness of the bowel cancer screening programme. A ten-year study involving 170,000 people, published in The Lancet, showed that the programme can prevent 3,000 cases of bowel cancer every year and cut the number of deaths from the disease by 43%.

Currently, only 54% of the target population accept the invitation for bowel cancer screening. If the number was to increase, many more cases of the disease could be avoided. When you receive your invitation to take the FOB test, remember that it could save your life.