Can You Really ‘Eat Yourself Young’ with Antioxidants? 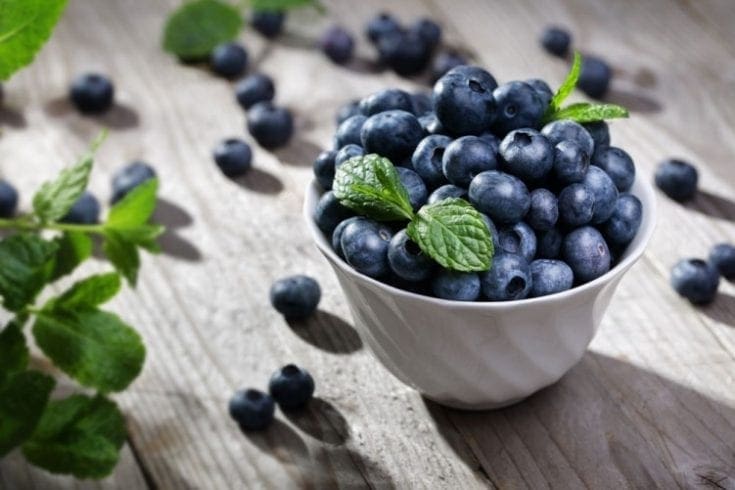 It’s likely you’ll have already heard of antioxidants. They can be found in foods such as fruits and vegetables, and they’re often praised by the medical world for their health benefits. Antioxidants work by reducing the effects of harmful free radicals in the body; which are found in pollutants such as car exhaust and cigarette smoke, and also in foods such as red meat.

Certain studies suggest that consuming antioxidant foods helps to reduce the risk of developing cancer and heart disease. However, more recently, researchers have been interested in the effects antioxidants have on aging; with some scientists suggesting that regularly consuming them can make you look younger.

Tiron: Complete Protection from Ageing UV Rays?
Scientists at Newcastle University claim that a lab-created antioxidant called Tiron could offer total protection from the sun’s harmful UV rays. Although tests are still in their early stages, it’s believed that Tiron can prevent sun-damage to the skin, which is one of the leading causes of wrinkles, age-spots and loss of elasticity.

Professor Mark Birch-Machin, who led the research, called the development ‘exciting and promising’. It is thought that Tiron should be widely available by 2020. However, Cancer Research UK are encouraging caution. Dr Indi Ghangrekar comments: This research was done on cells in the lab… It is a long way off telling us whether it could be useful in any way in skin cancer prevention.’

Whilst it may not have guaranteed success protecting against skin cancer, early tests show that Tiron may be effective in preventing further sun damage and signs of related aging.

Chocolate that Makes You Younger?
Unfortunately, a regular bar of chocolate is not going to help turn back time. However, it seems that a specially created chocolate bar called Esthechoc may be able to boost the quality of your skin, making you look noticeably younger.

A bar of Esthechoc contains two vital antioxidants containing anti-aging properties; cocoa flavanols and astaxanthin carotenoid. These occur naturally in dark chocolate, but normally, in order to get enough of them, you’d need to eat 100g a day, which works out as 500 calories, and may make you pile on the pounds.

In contrast, a daily portion of Esthechoc has 38 calories, yet its creators claim it still packs as much of a powerful anti-aging punch. When the chocolate was tested on 3,000 women between the ages of 50 and 60, biomarkers and metabolic parameters of their skin were brought back to a level more associated with those aged between 20 and 30. However, at £35 for 21 daily portions, it’s certainly a more expensive way to enjoy chocolate!

Antioxidants, the Natural Way
Whilst research is still not conclusive as to how effective antioxidants are in maintaining a younger looking appearance, it seems fairly conclusive that consuming them naturally in certain foods can help improve your health.

If you want to include more antioxidants in your diet, here are some foods that contain a good dose:

Certainly, including more fruit, vegetables and unsalted nuts in your diet can help to improve your general health; though whether it will reduce the effects of aging remains to be proven.