Posted by The Best of Health
Categories: Bone Health / 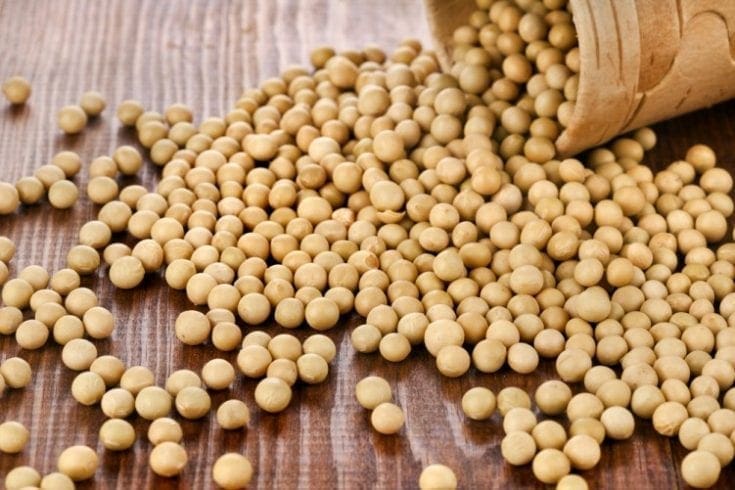 A diet rich in the types of protein and isoflavones found in soybeans may help to protect against bone loss and osteoporosis. Researchers at the University of Hull found diets rich in soy to significantly improve bone health in menopausal women.

Women on the soy-plus-isoflavones supplement were found to have significantly lower levels of a blood protein marker of bone loss, suggesting a reduced risk of osteoporosis. They also had a lower risk of heart disease compared to those taking soy alone.

“We found that soy protein and isoflavones are a safe and effective option for improving bone health in women during early menopause,” says lead author Dr Thozhukat Sathyapalan, of Hull’s department of academic cardiology. “The actions of soy appear to mimic that of conventional osteoporosis drugs.”

He says that the amount of isoflavone given to the first group of women is around the same amount that is typically consumed in an oriental diet, which is rich in soybean foods. The average Western diet, on the other hand, contains around 2-16mg of isoflavone. The results of this study indicate that eating more soybean foods or supplementing our diets could play a large role in helping us to maintain bone health as we age.

Dr Sathyapalan says: “Supplementing our food with isoflavones could lead to a significant decrease in the number of women being diagnosed with osteoporosis.”

If you’d like to incorporate more soy protein and isoflavones into your diet, try occasionally swapping your regular milk for soy milk, swapping meat for soy-rich substitutes such as tofu, or adding soy sauce to some meals. Snacking on soy nuts is also a good idea, as these are particularly high in isoflavones.