Blood Tests Could Give Smokers Own Strategy to Help Them Quit 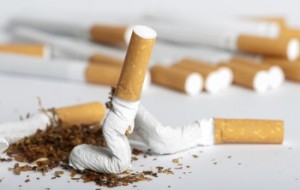 Quitting smoking can be a difficult battle for any smoker and can differ from person to person. But, according to research, a blood test could help each person choose a stop-smoking strategy that is right for them to give them the best chance to quit.

Research from the University of Pennsylvania in the US, reported in the The Lancet Respiratory Medicine journal, suggests a blood test could be used to measure how quickly a smoker breaks down nicotine, which would boost their chances of quitting. Blood tests to check for nicotine breakdown speed are currently used in research, but scientists say they could be developed for much wider use.

Caryn Lerman co-lead author and a professor of psychiatry at the University of Pennsylvania, says: “As many as 65% of smokers who try to quit relapse within the first week. Our findings show that matching a treatment based on the rate at which smokers metabolise nicotine could be a viable clinical strategy to help individual smokers choose the cessation method that will work best for them.” 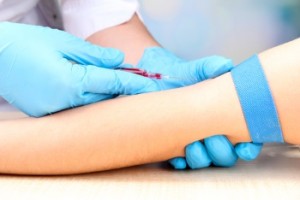 The study at the University of Pennsylvania involved researchers enlisting over 1,200 people on different smoking cessation programmes. Researchers checked each volunteer’s blood to see if nicotine was broken down at a normal or slow rate. The volunteers received either a nicotine patch, a drug called varenicline or treatment with a dummy pill.

Varenicline is a non-nicotine based drug branded Champix and made by US pharmaceutical corporation Pfizer. It is available on prescription and used to help people quit smoking. Scientists in the study found people who broke down nicotine at a normal rate had a better chance of quitting while using varenicline than those using nicotine replacement patches.

According to reports, one of the study’s lead researchers, prof Caryn Lerman, said people could have a sizeable chance of quitting smoking success if blood tests are used. Lerman says for people with normal metabolism of nicotine, the chance of success could double if they took the drug.

Dr Rachel Tyndale, co-lead author and head of pharmacogenetics at the Centre for Addiction and Mental Health at the University of Toronto, Canada, adds: “To optimise quit rates for all smokers whilst minimising side effects, our data suggest treating normal metabolisers with varenicline and slow metabolisers with the nicotine patch. What is more, it is feasible that a point-of-care blood test to measure the rate at which nicotine is metabolised could be developed and implemented in clinical practice.”