Treatment Failure in Arthritis Patients Could Be Detected Earlier

Posted by The Best of Health
Categories: Arthritis/Health and Wellbeing/ 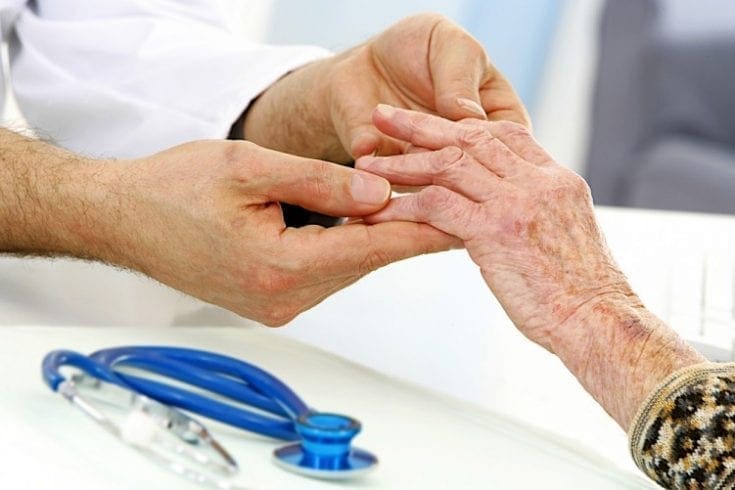 According to a new study, it may be possible to predict early which rheumatoid arthritis patients will fail to respond to drug treatment. For around a fifth of patients, the treatments stop working after only a few months.

Researchers at the University of Manchester studied 311 arthritis patients, who provided blood samples for testing at three, six and twelve months after the start of the study. Results showed that 25% of patients on adalimumab – a biologic drug commonly prescribed to arthritis patients – developed antibodies. While it was previously thought that testing for anti-drug antibodies could only be done immediately before the next dose of the drug was due, when the drug levels were lowest in the body, this study showed that testing at random can also be effective in some cases, allowing problems to be detected earlier and treatment to be adjusted accordingly.

“Our study demonstrates that detecting low drug levels in rheumatoid arthritis patients on adalimumab – one of the most commonly prescribed biologics – was the strongest factor associated with non-response to treatment over twelve months,” says study leader Dr Meghna Jani. “This test is easy to perform in a hospital setting, and could provide useful information on how to manage a patient whose rheumatoid arthritis is not being controlled by adalimumab.”

Biologics work by stopping particular chemicals in the blood from activating the immune system and attacking the joints. They are usually given in combination with an anti-rheumatic, such as methotrexate, once the anti-rheumatic alone is no longer effective.

The researchers found that higher doses of methotrexate were associated with lower levels of drug antibodies. This finding suggests that patients should be encouraged to continue methotrexate at the highest dose they can tolerate to reduce the risk of developing antibodies.

Professor Anne Barton, consultant rheumatologist at the Central Manchester University Hospital, hopes the study will improve how arthritis is diagnosed and treated. “The next step will be to explore whether it is cost-effective to use these tests routinely in clinical practice, so that we can adjust treatments in those patients with low drug levels and anti-drug antibodies.”