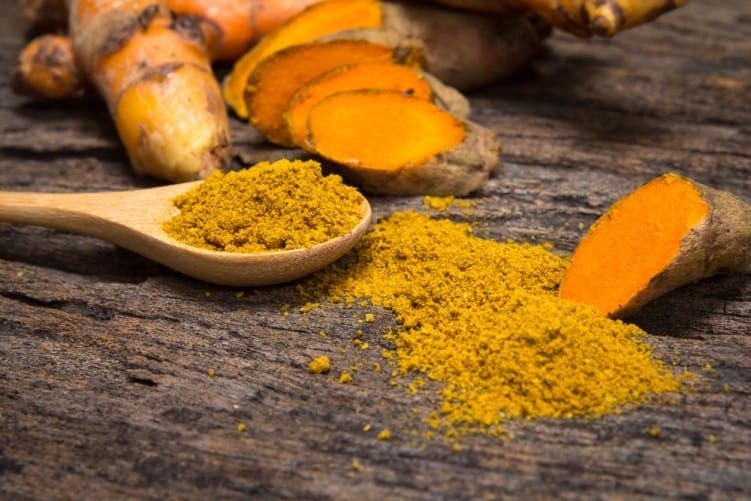 Turmeric is the spice that gives curry its yellow colour and it has been used for thousands of years in India as a spice and medicinal herb. Recent studies have backed up the Indians faith in the product by finding that it does contain compounds with medicinal properties and can provide benefits for your body and brain.

Turmeric is the root stalk of a tropical plant that is part of the ginger family. It is widely available in a dried powder form in supermarkets and is widely used in Asian cooking, mustards and pickles.

Turmeric has been used for many thousands of years in Chinese and Indian Ayurvedic medicine for conditions such as diarrhoea, fibromyalgia, heartburn, stomach bloating, colds and depression. It can also be applied to the skin to treat ringworm and infected wounds as it is said to have anti-bacterial properties.

Curcumin is the main active ingredient in turmeric and it has powerful anti-inflammatory effects and is a strong antioxidant. However, the content of curcumin in turmeric is only about 3% by weight so it would be difficult to obtain beneficial quantities purely by adding turmeric to your food. If you want to achieve the full beneficial effect, you may need to take an extract which contains significant amounts of curcumin. Additionally, as curcumin is poorly absorbed into the bloodstream, it helps to consume black pepper with it as this enhances the absorption by 2000%.

Are there any risks to taking turmeric?

It can sometimes cause diarrhoea and nausea if taken in high doses or after long term use. People who have gallstones should also use caution. There may also be a risk of ulcers if taken in high doses. If you have any medical conditions such as immunity problems, bleeding disorders, gallbladder or kidney disease or diabetes, you should speak to your GP before taking supplements. Some medicines may interact with turmeric supplements so always ask your doctor if you are concerned.

While turmeric has a long history of health giving properties and there have been many studies into its effects on a variety of ailments, it is important to note that many of these studies have not been carried out on humans and much more research is needed.

You can also sign up to our free newsletter, The Best of Friends by clicking on this link.