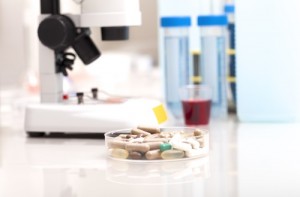 A new class of drugs has demonstrated the ability to slow the ageing process. Researchers from Mayo Clinic, The Scripps Research Institute (TSRI) and other institutions tested the drugs on mice and found them to alleviate symptoms of frailty, boost heart function and increase healthy lifespan.

The team experimented with a mixture of senolytic agents, which target and eliminate senescent cells. These are the cells which have stopped dividing and they accumulate as we age. By removing them, the drugs reduced the symptoms of ageing and prolonged the life of the mice.

A combination of the cancer drug dasatinib and the antihistamine quercetin was identified as most effectively producing these results in mice. A single dose was enough to improve cardiovascular function in the mice and periodic doses significantly delayed age-related symptoms, including spine degeneration and osteoporosis.

“We view this study as a big first step toward developing treatments that can be given safely to patients to extend healthspan or to treat age-related diseases and disorders,” says co-lead author Professor Paul Robbins of TSRI. “When senolytic agents, like the combination we identified, are used clinically, the results could be transformative.”

Professor James Kirkland of Mayo Clinic adds that “the prototypes of these senolytic agents have more than proven their ability to alleviate multiple characteristics associated with ageing.”

Further testing is needed before human trials are conducted but the researchers are optimistic about the potential of senolytics.

“It may eventually become feasible to delay, prevent, alleviate or even reverse multiple chronic diseases and disabilities as a group, instead of just one at a time,” Professor Kirkland says.

“Senescence is involved in a number of diseases and pathologies so there could be a number of applications for these and similar compounds,” says Professor Robbins. “Also, we anticipate that treatment with senolytic drugs to clear damaged cells would be infrequent, reducing the chance of side effects.”