Posted by The Best of Health
Categories: Aches & Pains / 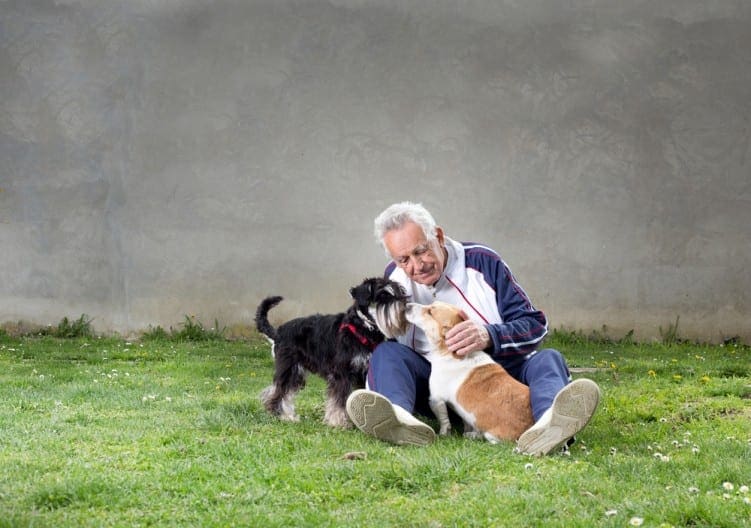 A new study has found that almost one in three dogs in the UK carry ticks. Almost 15,000 dogs from across the UK were examined in the largest survey of ticks in dogs. The researchers from the Big Tick Project at the University of Bristol found that the creatures were present all across the country but the highest risk areas were Scotland, East Anglia and the South West. They also found that the risk of an animal picking up a tick is as great in urban areas as in rural ones.

Professor Richard Wall, who led the project said: ” The work that we have carried out shows that ticks are extremely widely dispersed. The records that we have got appear to show that we have had an increase in tick numbers right across the country.”

The growing threat is thought to be partly down to the warm, wet winters we have experienced in the last few years. This has meant that ticks can start feeding earlier and for a longer period throughout the year.

Ticks don’t jump or fly, they wait until an animal or person brushes past something that the tick is holding on to. They then bite to attach to the skin and start to feed on the blood. They can then transmit bacteria which can cause infections such as Lyme disease.

Lyme disease is transmitted by the bite of a tick infected with Borrelia burgdorferi bacteria and is becoming increasingly common. The number of cases has quadrupled in just 12 years. As we are experiencing another rise in temperatures this week, vets are warning dog owners to take caution when walking their pets and check them for any sign of the ticks.

Lyme disease is a bacterial infection spread to humans by infected ticks – tiny spider-like creatures found in woodland and heath areas. The disease can be treated effectively if detected early on but if it is left untreated, it can cause severe and long-lasting symptoms. 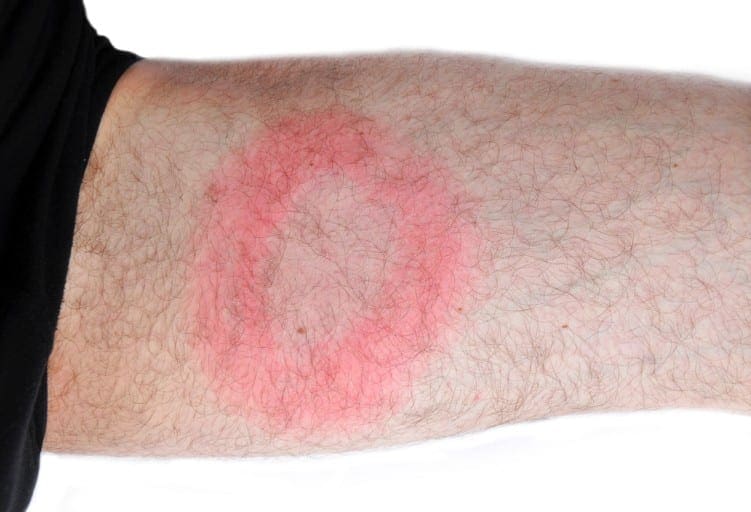 What are the symptoms of Lyme disease?

If you notice any signs that you may have been bitten by an infected tick, see your GP immediately. Bites by infected ticks often cause the distinctive circular rash as shown above. This may look like a bull’s-eye on a dart board. However, one in three people with Lyme disease don’t develop this rash so look out for the other signs too. In the weeks following the bite, look out for the symptoms of fatigue, headaches, muscle pain, joint pain, fever and chills.

How is it detected and treated?

Blood tests can be carried out to confirm the initial diagnosis after a few weeks, but these can be negative in the early stages of the infection.

If it is detected early on, Lyme disease can be treated effectively. Patients are usually given a course of antibiotic tablets. However, if treatment is delayed, there is a risk of developing severe and long lasting problems.

The growing prevalence of Lyme disease is thought to be linked to climate change, which is prolonging the life of infected ticks. Warmer winters are allowing the tick population to grow and spread beyond rural areas, putting a much higher number of people at risk.

Some of the UK’s most popular holiday spots have been identified as being affected by the ticks. These include Exmoor, the South Downs, Devon, the New Forest, Thetford Forest, the North Yorkshire Moors, the Lake District and the Scottish Highlands. 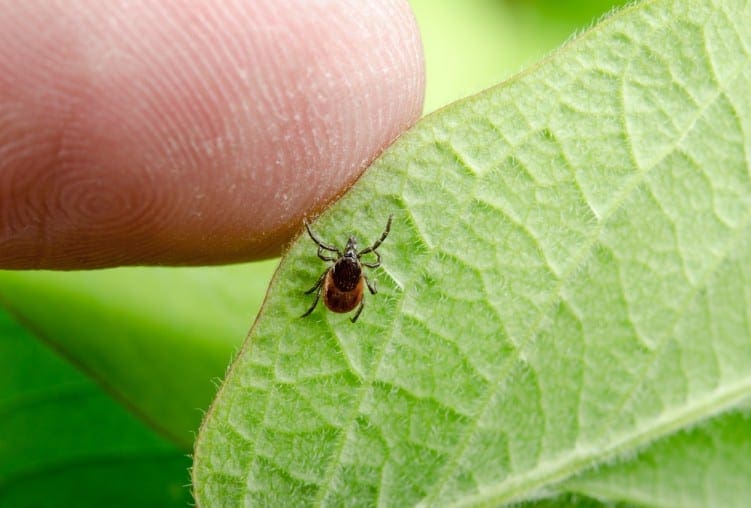 Howard Carter, a bite protection expert, says that he found sheep or deer ticks in three quarters of London’s parks in the last year and says it is likely that there are just as many in parks across Britain.

“The number of ticks is increasing all the time and quite dramatically,” he says. “People really do need to be aware of the impact these things can have on health. If you are bitten, it is not a little itch that goes away after a couple of days. It can be life-changing or even fatal.”

How can you protect yourself?

When you’re spending time in rural areas or parks, take steps to reduce your risk of infection. Keep to footpaths, and cover up with long-sleeved clothing and trousers tucked into your socks. Use insect repellent on any exposed skin and inspect your skin for ticks – particularly at the end of the day – so you can remove them. You should also check your pets for ticks to ensure they don’t bring them into the home. There are a number of prescription treatments to reduce the risk associated with ticks in dogs. These include sprays, collars and chewable formulations which give up to 12 weeks protection.

It is thought that only a small proportion of ticks carry the bacteria that cause Lyme disease, so being bitten doesn’t mean you will definitely be infected. But it is important that you are aware of the risk and seek medical advice if you start to feel unwell.

Finally, Springwatch presenter Chris Packham has called on owners of dogs to be more aware of the risk of their pets picking up ticks.