6 Things You Should Never Do Angry 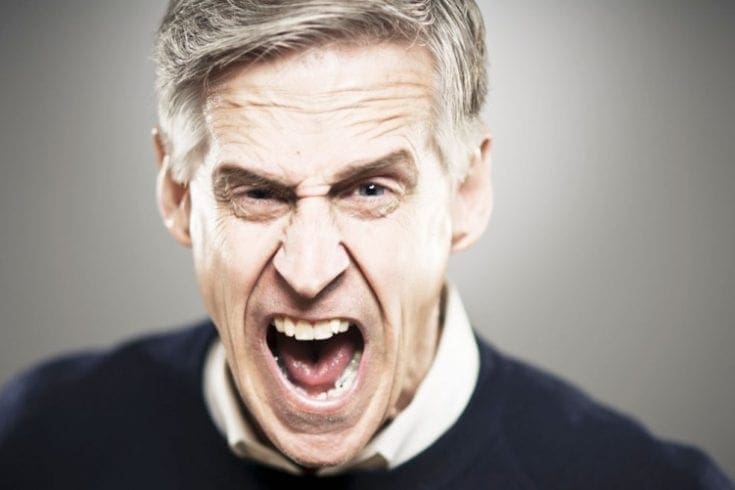 Anger is an unpleasant emotion that can cause people to make bad choices and engage in harmful, or even dangerous, behaviour. You may find it surprising just how much it can compromise your ability to perform everyday tasks. If you want to regain your composure rather than being too heavily influenced by your anger, here are some of the things you shouldn’t do.

1) Sleep On It
You may have heard the saying “never go to bed angry”, and according to research, it’s good advice. Neuroscientists at the University of Massachusetts studied the effects of going to bed angry and found that it can reinforce negative emotions, making them more difficult to banish the next day. If something makes you angry, it’s best to try and resolve it before going to bed.

2) Drive
Driving while angry can be dangerous. If you’re angry you’re likely to be distracted when you should be giving your full attention to the act of driving and your surroundings. Angry drivers generally tend to be more reckless on the road, taking more risks and having more accidents. If you can, try to get into a calmer mood before getting behind the wheel, for your own safety and the safety of others.

3) Eat
Anger and similarly unhappy feelings often lead to emotional eating. However, this is best avoided because an unhappy mood will typically encourage you to make unhealthier food choices. You’re likely to seek comfort in high-sugar snacks or high-fat meals to soothe your anger, rather than anything good for you. Your digestion is also likely to be affected by your feelings because your body may be unsettled by the fight or flight response that anger triggers.

4) Drink Alcohol
Anger causes poor judgement when it comes to alcohol, just as it does with food. Resist the urge to soothe your feelings by drinking. Alcohol will most likely increase your anger, as well as making you more prone to aggression and impulsive behaviour. Drinking is never a healthy way to deal with negative emotions, so don’t do it if you want to avoid destructive behaviour that you’ll only regret.

While talking about your feelings can often be helpful, engaging in too much ranting can actually increase feelings of anger and aggression. A healthier way to express negative feelings is to spend a little time de-stressing and thinking carefully about how to discuss the cause of your anger in a productive way.

6) Keep Arguing
An argument may have caused your anger, or your anger may have led to one. Either way, it’s best to cut the quarrel short. Many people say things they regret while angry – sometimes things which have a significant negative impact on their relationship with the person they’re arguing with. Remaining in a heated confrontation will only increase your anger, so take a break from it to clear your head, and go back to talking when you’re both feeling calmer. This will allow you to discuss things in a mindful, intentional manner rather than an unnecessarily hurtful one.

Next time you feel angry, try to keep enough perspective to avoid doing things you’ll regret later. While it may be difficult to keep your cool in the heat of the moment, you’ll feel glad you did later when you’re feeling a little more clear-headed.