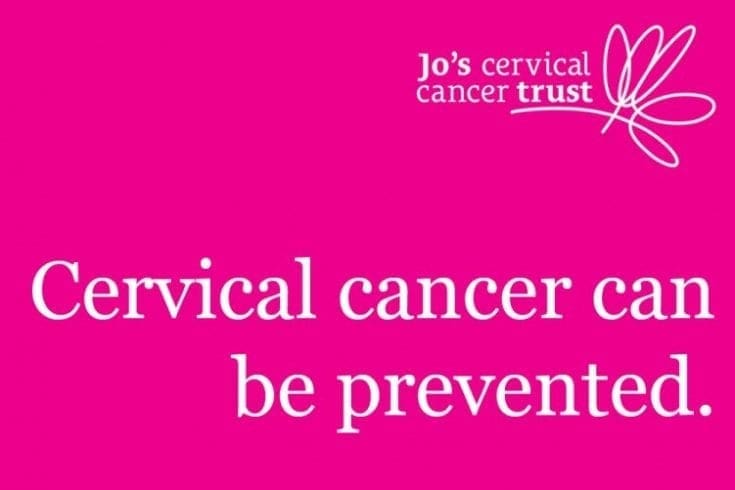 As Cervical Cancer Prevention Week (CCPW) begins, UK initiative leader Jo’s Cervical Cancer Trust, says women aged 50 and over may be putting themselves at risk of developing the disease if they don’t attend cervical screenings.

Cervical cancer is a largely preventable disease thanks to the National Screening Programme. Yet, last year, more than one in four women aged 50 to 64 failed to take up their screening invitation. Furthermore, among women aged 60 to 64, screening uptake is lower than it was 17 years ago.

What is Cervical Cancer
Cervical cancer is a disease that affects women of all ages. While it is the most common cancer for women under 35, it is not just a young woman’s disease as almost 1,000 women were diagnosed over the age of 50 in 2012. Cervical cancer forms in tissues of the cervix – the organ connecting the uterus and vagina. It is usually a slow-growing cancer that may or may not have symptoms, but can be prevented through regular screening. This is a procedure which involves cells being taken from the cervix and looked at under a microscope.

Around three women die every day from cervical cancer with over 3,000 newly diagnosed each year. On top of that, some 300,000 women a year are told they have a cervical abnormality that may require treatment.

Key Cervical Cancer Symptoms
A study by Jo’s Cervical Cancer Trust has shown a third more women are likely to visit the doctor with a cold than abnormal bleeding – a key symptom of cervical cancer. In fact, further research has shown a lack of symptoms awareness from women who later went on to develop cervical cancer. It is therefore vital that women recognise and seek help for the symptoms of cervical cancer, as an early diagnosis is key to improving a woman’s chance of survival rates, as well as lessening the impact of treatment on a woman’s life in the long term.

Cervical Cancer and HPV
Almost all cases of cervical cancer are caused by persistent high risk Human Papillomavirus (HPV). HPV is a very common infection that four out of five sexually active adults will come into contact with in their lifetime without any symptoms. This is why it is so important to attend regular cervical screening.

It is important to educate women that sexual contact, and this includes skin-to-skin contact – genital-to-genital contact, anal intercourse and oral sex – with only one partner is enough to contract HPV. Furthermore, the virus can remain dormant in some people for long periods of time which means that even if women have not been sexually active for a while, they should still attend their cervical screening. Recent reports have also pointed to a rise in women having new relationships later in life which increases a woman’s risk of being exposed to HPV. It’s therefore paramount women attend screening until the age of 64, after which they will no longer be invited.

Cervical Screenings
In England, Wales and Northern Ireland, women aged 50 to 64 are invited every five years for their cervical screening (smear tests). In Scotland, women between the ages of 50 and 60 are invited every five years, but this will increase to 64 in 2016. Despite this, annually, one in four women of this age group fails to take up their cervical screening invitation, missing out on a potentially life-saving test.

Research conducted by Jo’s Cervical Cancer Trust has shown reasons for non-attendance include that 31% of this group see cervical screening as an unnecessary health test, with 14.7% of 60 to 64 year-old women delaying their test as they find it more painful after going through the menopause.

There also seems to be a lack of knowledge of what cervical screening is for and what causes cervical cancer. 56.7% of women aged 60 to 64 fail to link HPV as a cause of cervical cancer and 45.7% think that having a high number of sexual partners causes the disease. Some women have also stated that they don’t think the test is relevant to them as they have not had sexual intercourse in several years.

Cervical Screening Tips
There are some things you can do to make the screening easier and more comfortable:

It is paramount women attend screenings from first to last invitation, as well as act upon symptoms that may otherwise be ignored. For more information about cervical cancer and Cervical Cancer Prevention Week, visit www.jostrust.org.uk or call their national helpline on 0808 802 8000.

You can help raise awareness by joining Jo’s Cervical Cancer Trust’s #SmearForSmear campaign. Simply smear your lipstick, post your lipstick smear on social media, nominate your friends and remind the ones you love to attend their smear tests. Visit www.jostrust.org.uk/smearforsmear