Posted by The Best of Health
Categories: Cosmetic Surgery / Health and Wellbeing / 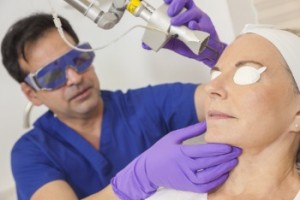 People over 50 want to look young – but not too young, is the message the British Association of Aesthetic Plastic Surgeons (the BAAPS) has given to The Best of Health about growing trends in cosmetic surgery. It seems patients of the 50 plus group are showing signs of embracing their age more, following emerging trends of “subtle” cosmetic surgery procedures, including eye lifts and slight body contouring, rather than big operations, such as major face lifts and nose jobs.

The news comes after statistics from the BAAPS annual audit were announced earlier this week, which listed the UK’s most popular cosmetic surgery procedures in 2014. Figures show a decline in major operations, specifically breast augmentation (boob jobs), and an increase in subtle anti-ageing procedures, such as neck lifts.

Plastic surgeon and the BAAPS council member Ash Mosahebi, said to The Best of Health: “Looking natural, fresh, thin and youngish, but not too young – that is the general trend.

“The common age for this is late 40s and early 50s,” he said. “They are middle aged and professional, who want to look good and fresh but natural. They want a moderate improvement, so those little things that make a bit of difference.

The most popular procedure for the 50 plus age group, Mosahebi said, are eye lifts or eyelid surgery, which he said reflects a more subtle approach to anti-ageing. He said the reason for the growing trend comes down to looking experienced and professional at work.

“They want to look like they have experience in their work, but they don’t want that tired exhausted look, and they don’t want to look like graduates,” he said. “In a meeting, for example, they might give the impression that they are tired and haven’t been looking after themselves, or are over exhausted. That’s the impression they might give because of their age.”

Mosahebi said other popular procedures include slight improvements in the face and neck, as well as body contouring, which involves removing excess sagging fat and skin such as under the arms.

“Lifting the breast up, improving the side of the breast, and improving the arms if they are saggy – those are the general needs. All these procedures are done in a more subtle way and give a more natural look.” 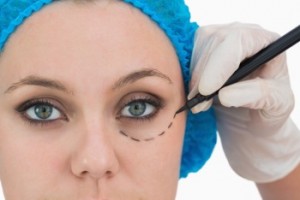 The trend of people choosing to have more subtle anti-ageing procedures is reflected across the latest statistics from the BAAPS.

The BAAPS said “tweaked, not tucked” appears to have become the new aesthetic ideal with the demand for subtle, understated anti-ageing procedures, such as eyelid surgery, face lifts and fat transfer remaining largely unchanged. Yet more “conspicuous treatments,” such as tummy tucks and nose jobs have dropped dramatically. And while boob jobs kept its top place as the most popular surgical procedure, demand for them plunged by a quarter.

The BAAPS is the only professional organisation solely dedicated to safety and education in cosmetic surgery, representing the vast majority of NHS-trained consultant plastic surgeons in private practice.

The association said it “welcomes” the new trends because it reflects that the public are becoming better educated in their approach to cosmetic surgery.

Rajiv Grover is consultant plastic surgeon and former president of the BAAPS, with responsibility for the UK national cosmetic surgery audit.

He said: “It might seem counterintuitive that as plastic surgeons we could possibly welcome such a change, but we are pleased that the public are now so much more thoughtful, cautious and educated in their approach to cosmetic surgery.

“Aesthetic preferences naturally evolve over time,” he added. “In cosmetic surgery the natural, less-is-more look is definitely on the rise as patients opt to be tweaked rather than tucked.”

Michael Cadier, consultant plastic surgeon and the BAAPS president, said: “With demand for the most subtle anti-ageing procedures, such as eyelid surgery and facelifts holding steady, it’s clear that the public of 2014 were after a refreshed or youthful appearance rather than more conspicuous alterations.

“The message to the aesthetic sector is clear: patients want subtle and understated – most refreshingly, they are doing their research, taking their time and coming to us with realistic expectations. At the BAAPS we consider this to be a triumph.”

The statistics from the BAAPS reveal the number of cosmetic surgery operations last year decreased by 9% overall since 2013, with some procedures falling considerably more out of favour than others. Here are the top ten surgical procedures for men and women, totalling 45,406 operations, in order of popularity.

For more information about the latest cosmetic surgery statistics, please visit the BAAPS website, at: baaps.org.uk.