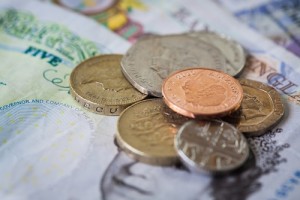 A comparison of private dental costs across the UK has revealed huge variations between towns and cities. According to the research of WhatClinic.com, the cost of a simple check-up varies by up to 733% across the country.

The most expensive check-up price of £125 was found in Bristol, making it £89 more than the average dental consultation price of £36 in the UK and £110 more than the cheapest price of £15, offered by a clinic in London. £253 was the UK average for root canals but Reading residents tended to pay closer to £325 and the typical Glasgow clinic gave a more budget-friendly bill of £158.

Prices for cosmetic procedures differed just as much. The price of teeth whitening ranged from an average of £205 in Liverpool to an average of £364 in London, but one particularly pricey London clinic charged as much as £875 for a whiter smile. There was an even greater contrast between the many price tags set for veneers – the average cost of £333 in Birmingham was far less than Bournemouth’s average of £574, and a bargain compared to the £2,000 some were paying for the same procedure on Harley Street.

The most costly treatment of all, dental implants, had an average price of £1,984 in the UK but could be fitted for an average of £928 in Southampton. The most expensive city for implants was Cambridge, where the typical price was around £2,393, but one Winchester clinic charged an eye-watering £19,950.

“If some of these prices are hard to swallow, the positives to take away from this research are the potentially huge savings to be made by shopping around,” says Emily Ross, director of WhatClinic.com.

The lack of a cap on private dental prices has resulted in such large disparities that affordability is now a very significant factor for many of those choosing a dental practice. However, Ross urges people to consider patient reviews, be wary of special offers and to “put your oral hygiene at the forefront of your decision making.”