The Importance of the Winter Fuel Payment 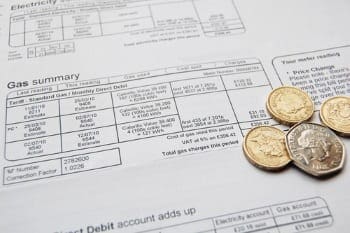 Every year, lives are lost due to a combination of cold weather and poorly insulated homes. As we age, our bodies face an increasing number of negative effects from the cold, which means that older people living in under-heated homes are at an increased risk of suffering from heart attacks, strokes, breathing difficulties and many other health problems.

The root of this problem is predominantly financial. Much of the older population are unable to heat their homes sufficiently because the cost of keeping their heating on is more than they can afford. The Winter Fuel Payment was introduced in 1997 to address this, with financial aid going to homes with older occupants on a non means-tested basis – £200 per household, or £300 for those with at least one occupant over the age of 80. This payment programme costs approximately £2bn a year and some critics have questioned whether this money is well placed, especially in tough economic times. However, it is estimated that despite the efforts of political parties to develop a new Fuel Poverty Strategy in England, fuel poverty and excess winter deaths will still be a problem in 2030, which has led others to question whether more should be invested.

Age UK have calculated that the illnesses caused by cold homes cost our health services at least £1.3bn per year. They also found that the Winter Fuel Payment has reduced winter deaths by 12,000 per year. These figures do a lot to validate the decision to put funding into this programme. They reveal the significant, life-changing and even life-saving effects it has had for many older persons; and also demonstrate how these payments can help to relieve some of the strain on the health services. Age UK’s campaign for warm homes calls on the Government to make all homes more energy efficient, thereby reducing consumer bills and allowing them to keep their homes adequately heated.

Other research has shown that benefits paid for a specific purpose prompt behaviour change; those who are paid a benefit and told what it is for are more likely to use it for its intended purpose than they would if it was unlabelled. Thus, many older people are more likely to keep their homes heated when they are receiving the Winter Fuel Payment.

The results of Age UK’s research demonstrate that the Winter Fuel Payment is fulfilling its aim and helping to improve the living conditions of many older people. While there are undoubtedly still too many deaths caused by cold homes which could be prevented, there is no denying that if the Winter Fuel Payment were to be reduced or removed we could face a disastrous increase in winter deaths amongst the elderly.