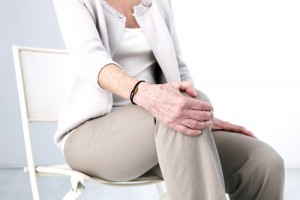 “We have identified the brain area likely to be responsible for the ‘it hurts’, experience of pain,” says Professor Irene Tracey, on the findings of a recent study.

The identification of an area called the dorsal posterior insula, as the area of the brain which reflects a person’s levels of reported pain, has the potential to bring us closer to better understanding how pain really works, and to better treating it.

In a study carried out by the University of Oxford and published in the Nature Neuroscience journal, scientists used MRI scans to track how the brain reacted when a paste made with capsaicin – the active ingredient in chillies – was put on the legs of 17 volunteers.

The volunteers were asked the rate the pain of the burning sensation produced by the paste when it was applied. They then had to rate the fluctuations of pain over time, as the pain subsided, when it was “rekindled” by applying a hot water bottle to the affected area, and again when it was soothed with a cooling water bottle.

Activity changes found in the dorsal posterior insula during this process closely reflected the changes in the levels of pain reported by the volunteers, suggesting that it is activity in this area which is directly involved in the sensation of pain.

“Pain is a complex, multidimensional experience, which causes activity in many brain regions involved with things like attention, feeling emotions such as fear, locating where the pain is, and so on. But the dorsal posterior insula seems to be specific to the actual ‘hurt level’ of pain itself,” Tracey said.

“We were able to find this area by developing a new method of tracking brain activity, based on a technique called arterial spin labelling. This allowed us to look at more complex brain states that stretch over much longer periods.”

The next stage in testing these findings is for researchers to attempt to switch off this brain region in patients with intractable pain.

Though the discovery is still relatively fresh and untested, the researchers hope this will provide a way to treat pain where existing methods have proved unsuccessful. They also believe this information could help doctors detect and respond to pain in patients who are unable to communicate, such as those in a coma, small children and dementia patients.