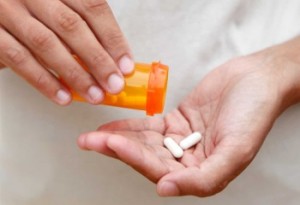 While the heyday of antibiotics was in the 1950s and 1960s, believe it or not, nothing discovered since the late 80s has made it into doctor’s hands. But that all could soon change following the latest research. US researchers have dis­cov­ered an antibi­otic which could soon be developed into a drug to treat chronic infections.

The antibiotic, developed by researchers from Northeastern University in the US state of Boston, elim­i­nates pathogens – basically, anything that causes a disease – without encoun­tering any detectable resistance. This is a finding Northeastern University says is set to hold “great promise” for treating chronic infec­tions, such as tuber­cu­losis, as well as those caused by the superbug known as MRSA.  The research has been pub­lished in the journal Nature.

The Northeastern University researchers’ work to develop a novel method for growing uncul­tured bac­teria led to the dis­covery of the antibi­otic, called teixobactin. Uni­ver­sity pro­fessor Kim Lewis, the research paper’s lead author, says this marks the first dis­covery of an antibi­otic to which resis­tance by muta­tions of pathogens have not been identified – in other words, one that could fight off such pathogens without them developing resistance.

The research team says teixobactin’s dis­covery presents a promising new oppor­tu­nity to treat chronic infec­tions caused by staphy­lo­coccus aureus – a bacteria frequently found in the human respiratory tract and on the skin – or MRSA, which are highly resis­tant to antibi­otics, as well as tuber­cu­losis, involving a com­bi­na­tion of ther­a­pies.

Speaking about the antibiotic discovery, Lewis says that it is his impression that nature has pro­duced a com­pound that evolves to be “free of resis­tance, which chal­lenges the belief that bac­teria will “always develop resis­tance.”