Dentists Are Not Clear to Patients About Their Costs, Says Survey 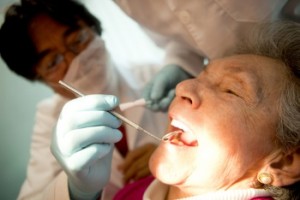 People in the UK could be paying too much for their dental care, according to a new survey. Which? has launched a new campaign to ‘Clean Up Dental Costs’, as the consumer research company has found people could be paying more than they need to for dental treatment. This is because some dentists aren’t upfront about prices or clear about what treatment patients are entitled to on the NHS.

Existing rules state dentists must have a price list prominently on display in their surgery and set out dental treatment costs upfront. Yet new research from Which? found half (51%) of 1000 people who visited a dentist in the last six months didn’t see a price list. One in five (22%) also weren’t clear about costs ahead of their treatment.

The company’s ‘Clean Up Dental Costs’ campaign is calling on NHS England and regulators to make sure all dentists comply with existing rules and make information on prices clearly available, explain the treatment options properly, and make sure patients know whether or not their treatment is available on the NHS.

Which? executive director, Richard Lloyd, said: “A visit to the dentist is an essential health check for millions of people across the country. Most of us will need dental treatment throughout our lives and it’s important that when that happens people feel clear about the nature of the treatment and what it will cost upfront. We are calling on the NHS and the regulators to clean up dental costs and make sure the existing rules are put into practice consistently.”

In a separate mystery shopping investigation, Which? sent undercover researchers into dental practices offering both NHS and private treatment. But only half of the company’s researchers saw a price list displayed, with the majority of practices not showing any private prices. This makes it difficult for people to compare between practices, as well as between private and NHS dental charges, Which? said.

In the survey, Which? said it also found evidence that some people could be being overcharged. One in five (19%) NHS patients who pay said they paid more than one charge for one course of NHS treatment over the last two years when they shouldn’t have.

With a quarter (26%) of people unsure about how NHS and private treatments differ and around four in 10 (40%) unaware that all clinically necessary treatment should be provided by the NHS, Which? said it’s important dentists are clear with their patients about cost and treatment options – especially as a third (31%) of people who pay say costs have put them off having treatment.

Which? said it wants NHS England and the regulators to take action to ensure dental practices comply with existing rules and improve the way treatment options and prices are communicated to patients. All dentists should:

You can sign up to the campaign at www.which.co.uk/cleanupdentalcosts

There are three standard charges for all NHS treatment, known as bands 1, 2  and 3. The costs are set annually by the Department of Health.

Band 1 (£18.50): This covers examination, diagnosis (including x-rays), scale and polish (if needed), application of fluoride or fissure sealant and preventative advice.

Band 2 (£50.50): Covers everything listed in band 1, plus further treatments such as fillings, root canal work or tooth removal.

Band 3 (£219): Covers everything in bands 1 and 2, plus treatments such as crowns dentures and bridges.

If you attend a dentist that offers both NHS and private and need a treatment, for example a root canal, you should not be asked to pay for it privately. But your dentist should explain suitable private options you can consider and you may choose to have the treatment privately. Dentists are not allowed to refuse any treatment available on the NHS but then offer the same treatment privately.

You should only be asked to pay one charge for a course of treatment, even if you have to visit the dentist several times. For example, three fillings and a crown would be covered by the £219 charge. You don’t have to pay again if you need more treatment within the same or a lower band within two months of completing a course of treatment.