Pharmacists Could Be Solution to Shortage of GPs 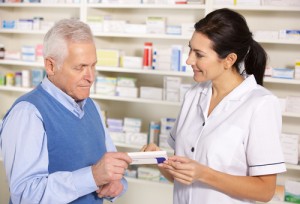 A new proposal could see pharmacists being placed in GP surgeries to help treat patients. The Royal College of General Practitioners (RCGP) and the Royal Pharmaceutical Society (RPS) have suggested that in-house pharmacists could be the key to relieving pressure on GPs’ waiting lists across the country.

Why In-House Pharmacists Have Been Proposed

Under the proposed plan, pharmacists would undergo additional training which would allow them to provide health advice and prescribe medication. The pharmacists would then be given positions in GP surgeries where patients would have the option of seeing them instead of their doctor about a variety of medicine-related issues. This would be of particular use in the case of patients with long-term health conditions, who only need prescriptions for more medication rather than a new diagnosis.

The idea is to combat the shortage of GPs, while fully utilising the ability of the many pharmacists available, a number of which are already qualified to prescribe medicines. The RCGP estimated that in 2015, there will be 67 million instances of patients having to wait at least a week to see their doctor or practice nurse. Giving patients the additional option of an appointment with a pharmacist would reduce this problem.

“Even if we were to get an urgent influx of extra funding and more GPs, we could not turn around the situation overnight due to the length of time it takes to train a GP,” says Dr Maureen Baker, chairwoman of the RCGP. “Yet we already have a ‘hidden army’ of highly trained pharmacists who could provide a solution. This isn’t about having a pharmacy premises within a surgery, but about making full use of the pharmacist’s clinical skills to help patients and the over-stretched GP workforce.”

Potential Problems with the New Plan

There are a couple of issues raised by the idea having pharmacists treat patients. The question of how the pharmacists’ salary will be funded has been raised, and there are doubts about whether patients will be happy to see a pharmacist rather than a doctor about medicine-related issues .

Dr Baker argues that “over time, seeing the practice pharmacist for help with managing medicines, for example, will become the norm, much in the same way as seeing the practice nurse for procedures such as blood tests and travel inoculations has become.”

“Any action that can, at the very least, ease the problem is to be welcomed and this plan for doctors and pharmacists to work together is an innovative step in the right direction,” says Katherine Murphy, of the Patients Association. “Of course, there must always be concerns that the pharmacists who undertake this work have the relevant skills and qualifications to treat patients, and with care.”