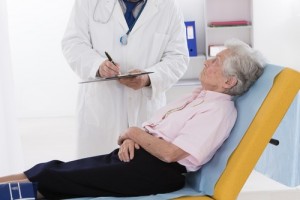 A £200million NHS scheme has been announced, which is intended to improve care for elderly and vulnerable people, and reduce the strain on hospitals. Simon Stevens, the NHS’s chief executive, says that the pilot scheme will be implemented in 29 areas, covering 5 million patients. He believes that GPs, specialist doctors, nurses and physiotherapists need to work more closely together in order to provide preventative care for those who need it, and that the new system will encourage them to do so.

The Purpose of the Changes

The scheme involves giving vulnerable patients more contact with their GPs or other health professionals so that any health problems or underlying concerns can be detected in time for preventative measures to be taken. This should reduce the number of emergency admissions to A&E. Some patients will also be offered consultations with A&E nurses via webcam, so that it can be determined whether a trip to casualty is really necessary.

“In England, we’ve got a growing population and an ageing population and one of the big tests is can we provide compassionate, high-quality care for older people who have several different health problems at once,” says Mr Stevens. “Too many parts of the service are quite fragmented. Increasingly, that’s a problem. People aren’t getting preventative care they need. Often people are being passed from pillar to post, or ending up in accident and emergency departments when they could have avoided it.”

The scheme differs slightly between the different areas in which it is being instated. In West Yorkshire, patients in care homes will be offered consultations with A&E nurses via webcam at any time of day or night, while patients in Northumberland will have the option of appointments with a GP at the weekend. In Northamptonshire, the 7% of patients who are considered to be the most vulnerable will be offered 30-minute GP appointments as opposed to the standard 10-minute slots.

It is hoped that the scheme will gradually become more widely available across England. Mr Stevens wishes to eventually see many of the complex procedures provided by hospitals available routinely at GP surgeries, so that elderly and vulnerable patients can receive the care they need as close to home as possible.