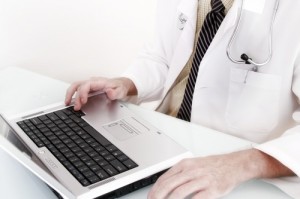 A survey by the British Medical Association has revealed that a third of GPs are considering retiring in the next five years. This figure has raised a lot of concern, as the NHS is already struggling to cope with the ever-increasing number of patients requiring appointments.

Of the 15,560 UK GPs who were polled, 34% currently wish to stop working by 2020, and a further 28% may move from full-time to part-time work. 9% are thinking of moving abroad, while 7% are considering quitting medicine altogether.

The results of the survey also highlight the predominant factors which are making GPs unhappy with their profession. 71% say that the workload is excessive, 54% complain that un-resourced work is being moved into general practice, and 43% say that they do not get enough time with their patients.

“Highly trained and experienced GPs are leaving the profession in growing numbers because of the intense and increasing pressures that we are facing, and not enough medical students are entering general practice to replace them,” says Dr Maureen Baker, chair of the Royal College of GPs (RCGP). “This is a genuine danger to patient safety, and to the well-being of hard-working family doctors and our teams.”

“This poll lays bare the stark reality of the crisis facing the GP workforce,” says Dr Chaand Nagpaul, chair of the BMA’s GPs committee. “It is clear that incredible pressures on GP services are at the heart of this problem, with escalating demand having far outstripped capacity. GPs are overworked and intensely frustrated that they do not have enough time to spend with their patients.”

As the general election approaches, politicians are promising to use funds to tackle the shortage of GPs. The Conservatives, for example, claim that they will commit an extra £8billion a year to the NHS, and that this will “ensure a new deal for general practice, including better investment and the recruitment of an extra 5,000 GPs by 2020.” However, Dr Nagpaul argues that this is an entirely unrealistic goal.

“In this climate, it is absurd that in the recent leaders’ debate, political parties were attempting to outbid each other on the number of GPs they could magically produce in the next Parliament,” he says. “Since it takes five to eight years to train a GP, it is not possible to create thousands of GPs in this time frame.”