NHS Criticised for Spending Too Much on Tattoo Removal 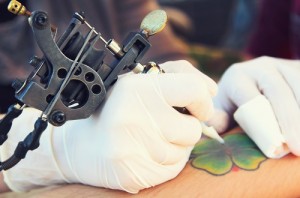 Tattoos seem to be more popular than ever, as evidenced by the ever-growing number of tattoo parlours. In the 1970s, there were around 50 tattoo parlours in the UK, while today the number has reached 1,000. However, the number of people who regret their body art also seems to be rising, as the NHS is now being criticised for spending a significant portion of funds on tattoo removal.

Since 2010, more than 2,000 people have had tattoos removed by the NHS, which has cost over £330,000. While not routinely provided, tattoo removal can be carried out on NHS funds if tattoos are viewed by doctors as affecting the owner’s mental health, if the dye is thought to be causing an allergic reaction or infection, or if someone has been tattooed against their will.

However, MPs have expressed the view that far too much NHS money is being wasted on tattoo removal while there are many more important areas of the health service which require greater funding.

“People will struggle to see how this sheer waste of precious NHS money can be justified when hospitals do not have enough staff,” says shadow health minister Andrew Gwynne. “Patient care is already heading downhill and more nurses could be lost under Tory spending cuts.”

Laser removal breaks down the ink particles of a tattoo so that they can be absorbed into the body, and cleared from the bloodstream through the liver and digestive system. This treatment costs around £150 a session at private clinics, making it unsurprising that so many would rather turn to the NHS to get rid of their body art.

“Taxpayers will be furious that they’re funding what amounts to cosmetic surgery,” says Jonathan Isaby, chief executive of the Taxpayers’ Alliance. “You can’t go a day in politics without someone calling for more money for the NHS, but it’s clear that too much is already wasted. With Britain’s finances so stretched we have to prioritise spending on essential services, not on covering up ill-advised body art.”