Life Expectancy Will Soon Be 90 For Most 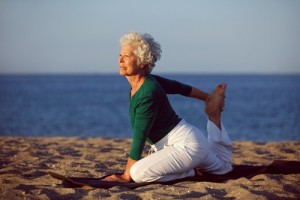 A report by the Cass Business School and the International Longevity Centre, using a new system for forecasting how long people will live, says that everyone will soon be living to see their 90s. Life expectancy has been growing significantly in recent years, with the number of people over the age of 100 in Britain multiplying by five in the last thirty years. While the report maintains that centenarians will not become the norm, it says that in the future most people will not be far off.

Based on the closing gap between the life expectancies of men and women, both are expected to reach the age of 90. In the past, women have typically lived longer than men. Of those born in the 1980s, men were expected to live to an average age of 70.8, while women’s life expectancy was 76.8. However, the gap has now become less significant, with men born between 2011 and 2013 having a life expectancy of 78.9 compared to 82.7 for women.

“We expect that most future growth in life expectancy will come between the ages of 70 and 90,” says report author Professor Les Mayhew. “Life expectancy beyond 100 years of age is increasing very slowly and so will not contribute as much as we previously thought. As a result, the age of death will tend to increasingly cluster in the 90s and the age of death of men and women will converge.”

Factors such as advancements in medicine and healthier lifestyles have caused the lengthening of men’s lifespans, as well as the general increase in life expectancy. It is also notable that most men now work in offices rather than in more dangerous manual jobs, while women have increasingly moved into the labour force and dealt with raised stress levels.

The report aims to help people plan for their futures and to provide useful information for the Government and the pension and finance industry.

“The increases in life expectancy raise important questions, as later retirement requires a capacity to work for longer and it may also mean downsizing one’s home at an earlier stage,” says Professor Mayhew. “As a result, we need better information about life expectancy at both the population and individual level to enable better decision making.”