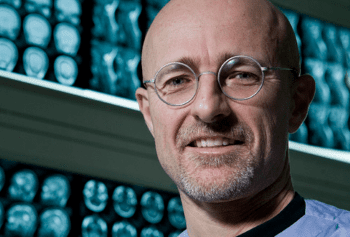 In 1970, a head transplant was carried out in America – neurosurgeon Robert White transferred one macaque monkey’s head to the body of another. The monkey was unable to use its new body because the spinal cord from its neck was not attached to the spinal cord of the body. Nevertheless, the animal lived for eight days, making the experiment at least a partial success. Now Italian neurosurgeon, Sergio Canavero, believes he is only two years away from carrying out the same procedure on a human being, this time complete with a full connection between the two spinal cords.

“We have the technology to do this right now in humans,” Dr Canavero says. “We just need the ethical approval and the funding to do it.”

The idea is to transplant the head of a living patient on to the undamaged body of someone who has recently died. These days, organ transplants are a common occurrence, making the attachment of a head to a new body a perfectly achievable task in itself. The difficulty lies in making the body functional for its new owner; the possibility of connecting two spinal cords so that the brain has control over the unfamiliar body is certainly in question.

Dr Canavero, however, is confident that it can be done. He insists that there is no reason the connection should not work if both body and head are cooled sufficiently, and both spinal cords are severed neatly then bathed in polyethylene glycol. He believes that this sequence will leave the two cords in the correct condition to be joined together effectively.

“This is of course totally different from what happens in clinical spinal cord injury, where gross damage and scarring hinder regeneration,” he says. “This ‘clean cut’ is the key to spinal cord fusion.”

Despite Dr Canavero’s optimism, the concept of a human head transplant is difficult for many to comprehend and undoubtedly raises a number of ethical issues. It is interesting to contemplate the huge psychological impact the procedure would have on the patient if it was an option. Canavero points out that, because the mind of the recipient would be attached to a new body, “the offspring would carry the genetic inheritance of the donor; this is just one of the multitude of life-changing side effects that the recipient of such a transplant would have to consider.”

There is little support for the idea that the operation could be performed successfully. Harry Goldsmith, professor of neurological surgery at the University of California, says the “possibility of it happening is very unlikely.”

Regardless of the many doubtful voices, Dr Canavero is sure that the body transplant is achievable and would have its place in modern medicine. He suggests that the transplant would provide an ideal solution to certain conditions which do irreparable damage to the body without affecting the mind, such as progressive muscular dystrophies.

“They are a source of huge suffering, with no cure in hand,” he says. “I really believe it will be done.”