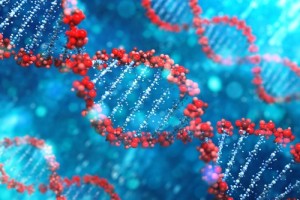 Two families with rare diseases have been the first to benefit from breakthroughs in genome sequencing techniques, in which the complete set of a person’s genes are collected and analysed.

Leslie Hedley had suffered from high blood pressure and protein in his urine throughout his life, leading to kidney failure and two kidney transplants. His father, brother and uncle had died of the same condition, and there was concern that his children could face similar problems. Whole genome sequencing was able to finally reveal the genetic variant causing these previously mysterious problems, opening the door for effective treatment.

Brothers Allen and William Carpenter suffered from muscle loss and weakness. They have now been diagnosed with inherited nerve damage, or peripheral neuropathy, in the first instance in which this genetic mutation has been identified. This could lead to treatment which will prevent the condition from being developed in more family members in the future.

The groundbreaking diagnoses have been made possible by the 100,000 Genomes Project, a collaboration between Newcastle University and Hospitals and Genomics England. The project aims to sequence the whole genomes of 100,000 individuals by 2017, focussing on those with rare diseases.

This aims to make the UK a world leader in this area, reducing the cost and speed of genome sequencing, and introducing the technology into the mainstream health system for the first time.

It is estimated that rare diseases affect one in seventeen people, and 80% of those diseases have some genetic component. They can be difficult to accurately diagnose, and can leave whole families uncertain about their health.

This project could make a big difference to those individuals and families, allowing for better diagnosis, testing for family members, and personalised and effective treatments.

Mr Hedley said, of the project and his diagnosis: “I was keen to take part in the project as I felt it was important to try and find out as much as possible about my condition for my daughter and granddaughter. Now that my daughter, Terri, has been given a diagnosis it means that her condition can be monitored every year to see if there are any changes.”

“Research has come on a long way, and it is important that we do our bit to help as much as we can.”

Scientists and patients alike are understandably pleased with these diagnoses and the help they offer not just to the individual patients, but to many more in the future, as the project develops.

Mark Caulfield, Chief Scientist at Genomics England, said: “The 100,000 Genome Project are delighted to be returning our first diagnoses to families with rare disease from our whole genome sequencing. More will follow over the coming months.”