Electronic Devices Have Caused Increase in Neck and Back Problems 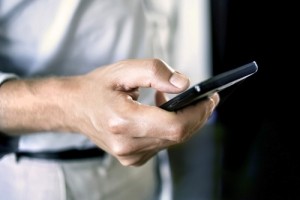 The British Chiropractic Association (BCA) has carried out a survey which reveals that 45% of those aged 16-24 are currently living with neck or back pain, compared to 28% of those aged 18-24 last year. The problem seems to be increasing so quickly because of sedentary lifestyles and the amount of time people now spend hunched over as they look down at mobile phones and other devices. While the increase in neck and back pain is most pronounced in younger age groups, frequent use of electronic devices is putting everyone at increased risk.

The average person in Britain now spends around two hours per day looking at mobile technology, four hours looking at a laptop or desktop computer, and three hours watching TV and films. Experts say that the way our backs and necks are positions during these activities can have harmful effects in the long-term.

“When people use laptops or mobile phones in bed they tend to forget their posture, hunch over the screen and leave their spine unsupported which can damage posture and cause back or neck pain,” says BCA chiropractor Tim Hutchful. “We’re seeing a rise in the number of people experiencing back and neck-related problems because our modern lifestyle is forcing us to stay seated.”

The BCA recommends that people pay more attention to their posture when sitting, making sure to sit with their bottom against the back of the seat and their shoulder blades touching the back of the chair. Drivers are also urged to set their seat slightly backwards.

Hutchful advises that when using computers, tablets or watching TV, regular breaks should be taken to relieve the build-up of tension in your back.

“Sitting causes up to twice as much pressure on discs in the spine as standing so, as a nation, we’re vulnerable,” he explains. “Your back is always hard at work, even when you think you’re relaxing. So ensuring you move and stretch regularly will help to keep your back on track.”