Can Outsourcing Help the NHS?

The struggles of the NHS, caused at least in part by an ageing population and limited resources, are well documented, and in recent years there have been a number of horror stories about inadequate care, particularly in poorly run care homes for the elderly. 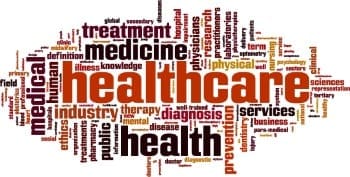 However, many large enterprises, such as Mears Group, Mitie and Interserve, are now actively seeking involvement in the country’s public health sector, and recognise it as a potential opportunity; both for the people of the UK, and the companies themselves.

The process of outsourcing government contracts to external companies is nothing new. It first began in the early 1980s under Margaret Thatcher who famously privatised significant portions of industry to improve efficiency.

Since then, it has been an ongoing process, adopted both by Conservative and Labour governments. In 2013-14, the NHS spent around £10 billion on services provided by private companies, out of a total spend of £119.5 billion.

According to 72 year old Gloria Lafferty, who lives in Colebrook House, an assisted-living scheme currently run by Mears Group, standards are exceptionally high, and are a world apart from the horror stories that have made the news. “It’s different round here,” she states. “Lots of smashing carers.”

For Mears, and others like them buying into the healthcare market presents a number of opportunities both for growth and for increasing profit. However, other organisations are not so enthusiastic, and cite the complexity of the current healthcare system as a deterrent. For example, Circle Holdings declined running Hitchingbrooke hospital recently, claiming that the contract was unsustainable.

Although in some cases the government enjoys the benefit of working alongside an outsourced company, in other instances, it can cause significant problems, especially if these health services are mishandled by the private organisations.

The Complexities of NHS Outsourcing

The current system for providing health care is notoriously complex. Both local authorities and the NHS employ contractors which range from outsourcers and specialist businesses to individual professionals.

Liberum analyst Will Shirley comments: “It’s an extraordinarily fragmented market… that creates a big cost for local authorities because they have to monitor and manage all those contracts.”

However, companies like Mitie remain optimistic. After entering the healthcare market three years ago with their acquisition of one of the UK’s largest home care providers, they’ve experienced excellent growth, as Ruby McGregor-Smith, CEO for the company, confirms. “In terms of (revenue) growth, I think you would say it can grow 5-10 percent over the next two to three years.”

Indeed, the company’s healthcare division grew over 7% in the six months leading to 30th September 2014, and accounts for approximately 10% of the entire organisation’s revenue.

The Future for Outsourcing Healthcare Services

Although some companies, such as Serco, who recently received an £800 million contract from the Cambridge and Peterborough NHS Trust, are benefiting from outsourcing, it remains to be seen just how many other companies will want to take the opportunities available to them.

Alan Long, Executive Director for Mears, comments that “the way many of these services are commissioned is outmoded,” and calls for a “change to a payment system that isn’t based simply on the time you spend… but is one linked to the quality of outcomes you are able to deliver.”

As the average age of the population continues to rise, the demands on the NHS will continue to grow, leading to an increased strain on resources and further opportunities to outsource certain elements of healthcare to private contractors. Whether increasing the level of outsourcing provides a solution to the problems facing the NHS or not remains to be seen.