10 Celebrities Forced to Retire Because of Ill Health

If you’ve recently been forced into retirement as a result of bad health, you may be feeling somewhat downhearted about your situation, not to mention anxious about the future. But you are not alone, even when it comes to the world of the rich and famous. Yes, there are many celebrities who have had to do the same – retire from those jobs which made them famous. The Best of Health presents 10 celebrities who have been forced into ill health retirement and had to change their career path because of it.

If you’re retiring due to ill health, it’s important to try to seize as many opportunities as possible once you’ve stopped working. Many of the celebrities mentioned here have gone on to do charitable work, enjoy time with family, or start a new hobby or activity. Try to see retirement as something positive; something that gives you the ability to explore your interests, while providing you with the time you need to focus on your health. 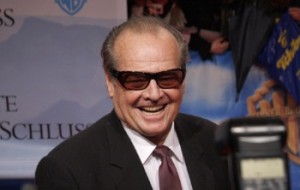 Retired From Acting at 76

Jack Nicholson is one of few US actors who can claim to have a career spanning over five decades, so many were surprised to hear that he had announced his retirement in 2013. According to sources, Nicholson cited ‘memory loss’ as the reason for retiring, as he “can no longer remember the lines being asked of him.”

However, despite retiring, the actor has openly declared that he has no intention of leaving the limelight, and will still continue to appear in public.

Retired From Sport at 32

Earvin ‘Magic’ Johnson was one of the world’s most famous basketball players, who played with the Los Angeles Lakers throughout the 1980s. In 1991, he announced his retirement from the sport and openly stated that the reason for his departure was that he was HIV positive.

Johnson’s brave statement helped combat the popular opinion at the time that HIV was a disease which only affected people who were gay. Despite his condition, he went on to become a highly successful business man, and even part-owned the Lakers for several years.

Retired From Music at 66

Linda Ronstadt enjoyed a career in country music that spanned nearly four decades. However, in 2011, she announced her decision to retire from music entirely, as she had been diagnosed with Parkinson’s disease.

Despite retreating almost entirely from the public eye, Eagles frontman Glenn Frey, who is a close friend of Ronstadt’s, has been reported saying she is “doing fine,” though she is now using a wheelchair. 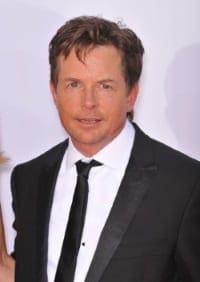 Retired From Acting at 40

It came as something as a shock when Michael J Fox, known predominantly for roles in Teen Wolf and the Back to the Future films, announced in 1991 that he had Parkinson’s Disease.

Symptoms of the condition vary from person to person, but commonly affect movement and also cognitive ability. Fox’s career gradually declined as a result, when memorising scripts and action-based performance became increasingly difficult; and in 2001, he announced his retirement. However, in spite of his illness, Fox made a return to acting in 2013. He’s also the founder of The Michael J Fox Foundation, which helps raise money for research into Parkinson’s Disease.

Retired From Music at 61

Rhythm guitarist for the rock band AC/DC, Malcolm Young, announced his retirement from the group in September last year. His reason for departing the band, which he had been an integral part of for three decades, was due to the onset of dementia.

Brother Angus Young, and also AC/DC’s lead guitarist, was reported saying that Malcolm was always very organised, but was “confused” about a lot of things, which is when he realised “something was not right.” It was when he started to struggle to remember songs he had been playing for years he made the decision to quit the band. Angus and Malcolm decided to keep things “in the family” by calling on their nephew, Stevie Young, to take over rhythm guitar. 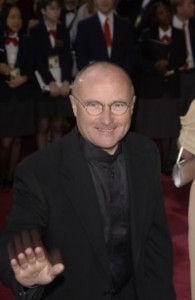 Retired From Music at 60

The drummer of rock band Genesis, and later frontman, was one of the world’s bestselling artists; amassing three UK and seven US number one singles during his career. However, a variety of health problems, including nerve damage in his hands, hearing problems and a dislocated vertebra, caused him to announce his retirement in 2011 at the age of 60.

In a recent interview, Collins claimed that he would be using the free time to focus on his sons. Though, rumour has it, he may also be planning a return to music in an unofficial capacity at some stage.

Retired From TV at 52

Although US talk-show host Montel Williams still continues to work sporadically on radio and infomercials, he retired from working full-time in television in 2008 at the age of 52. He had previously been diagnosed with multiple sclerosis (MS) in 1999, a degenerative condition that presents itself through a variety of symptoms, including memory loss, problems with vision, dizziness, fatigue and tremors.

Williams has always adopted a very proactive attitude to his condition, and once commented that “this disease is not going to stop me.” He’s also known to be a keen snowboarder, claiming that the sport is the “best therapy” for his condition. He has also gone on to raise major awareness about the disease; work that has included the launch of the Montel Williams MS Foundation.

Retired From Music at 41

Known as one of music’s ‘true innovators’, Don Van Vliet , with the stage name of Captain Beefheart, enjoyed considerable commercial success in the 1960s and 70s, before retiring from music a decade later. His reason for retiring was largely due to MS, which eventually left him in a wheelchair.

In spite of the degenerative nature of his condition, Vliet soon turned his hand to art and started focussing on painting, with his exhibits often receiving considerable praise from critics. He passed away in 2010, just before his 70th birthday. 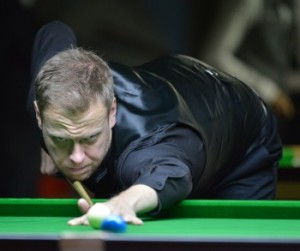 Retired From Sport at 33

Finland’s most successful snooker player, Robin Hull, regularly appeared in Snooker World Championships, beating Steve Davis in 2002. However, repeated ill health threatened his career not once, but twice, and in 2008 he decided to retire completely from the sport.

The reason for his retirement was due to a potentially life-threatening virus, in addition to a problem with the rhythm of his heart. He was reported saying he had “sold” his snooker cue and started doing other things, including selling magazines over the phone and doing work in a warehouse. However, in 2014, Hull returned to the sport, and he still continues to play to this day.

Retired From Acting at 51

Comedy actress Caroline Aherne, famous for her role in TV’s The Royle Family and The Mrs Merton Show, last year openly talked about her ongoing recent battle to fight lung cancer. While no longer focussed on her career as an actress, she has said she wants to focus on work behind the camera, and possibly write a book. In a recent newspaper interview she said she has done all the things she needs to do and doesn’t need to “prove anything anymore.”