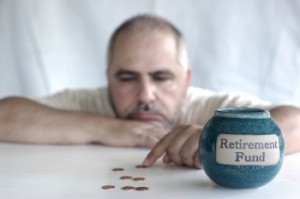 Retiring, for many people, often comes with the aim of doing so debt-free. But research unfortunately now shows almost one in five of those planning to retire this year will do so with outstanding debts averaging £21,800.

The insurer’s ‘Class of’ research, from UK financial services company Prudential, looks at the future plans, finances and aspirations of those planning to retire in the next 12 months. The latest figures show that the ‘Class of 2015’ are more likely to have retirement debt than those who gave up work last year – 17% of those retiring in 2014 said they would have debts outstanding when they retired, compared with 19% this year.

Research from the life insurance and financial services company, which has tracked retiree debt since 2011, shows despite some small fluctuations, the proportion of those retiring with debts outstanding has remained consistently around the one in five mark. The good news, though, is there is a noticeable trend that retirees’ average amount of debt has reduced over the years, Prudential said.

Also, those retiring with debts in 2015 said they will owe on average £16,400 less than those who retired in 2012. This represents an “encouraging” 43% drop in the last three years, the company said.

Money Owed at Retirement a “Concern”

Stan Russell, a retirement expert at Prudential, said: “Our new research shows a welcome downward trend in the average amount of debt for people retiring this year. However, it is a concern that the proportion of people reaching the retirement milestone still owing money is refusing to fall.

“For many, retirement is a time in life when it is necessary to reassess household budgets, and any debts outstanding will inevitably make this job more difficult,” Russell added. “A consultation with a financial adviser or retirement specialist can help people to get their finances ready for life after work.”

Paying Off Debt During Retirement

According to the research, the average ‘Class of 2015’ retiree with debts said it will be just over three years before they are paid off. But Prudential said this compares favourably with last year’s retirees who said it would take them four years. Meanwhile, almost one in 10 of this year’s retirees with debts expect to take nine or more years to clear their debts, and a further five per cent believe they will never pay them off.

While the ‘Class of 2015’ have the highest expected annual retirement income for six years at £17,000 a year, debts remain a major drain on their finances, Prudential said. On average, debt repayments are currently costing them more than £200 a month, rising to over £500 a month for one in seven people. More than two in five of this year’s retirees with debts also have an outstanding mortgage – another figure that the company said has remained “stubbornly high” since its peak at 52% in 2011. In addition to that, over half of those retiring will have credit card debts.

Debt For Men and Women

The research shows, on average, a female retiree with debts will owe £24,900 this year – up considerably since last year when the average owed was £20,700. Men retiring this year with debts will owe an average of £19,700, down significantly from last year’s £28,400. Meanwhile, the proportion of women expecting to be in debt when they retire is unchanged at 16%. The proportion of men who expect to have debts is slightly higher at 21%, compared with 19% last year.

Free Help to Pay Off Debt

For those concerned about debt during retirement, Russell said it doesn’t have to be an issue.

“Debt does not have to be a major issue in retirement, as long as people have a realistic repayment plan in place,” he said. “Citizens Advice Bureaux can provide free help on managing and paying off debt, and the Pensions Advisory Service can help with retirement income planning and related issues.