Keeping Active Over the Age of 80: Is Exercise Beneficial in Your 9th Decade of Life? 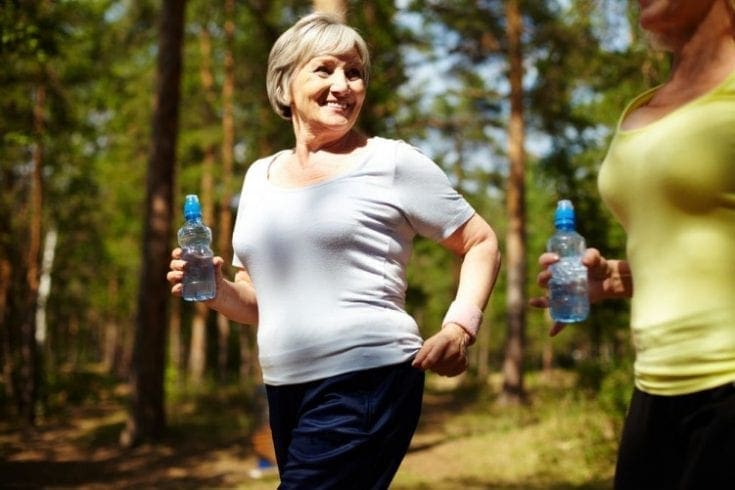 When we think about being in our 80s, we don’t tend to associate the thought of being old with staying active. However, if recent research is to be believed, exercise can still continue to be beneficial, even after you’ve reached your 80th birthday.

Israeli scientists believe that staying active even when older can help to improve survival rate by a significant margin when compared to those living more sedentary lives.

What the Research Showed
The study involved 1,861 participants in total, all of whom were 70 years of age in 1990. For the next 18 years, they were assessed on their levels of activity and their general health. At the age of 85, 64% of the participants were still physically active, which is reflective of the Israeli lifestyle.

By the end of the study, there were 512 deaths in total. Of those who were active, slightly less than 7% had died before the age of 88. In the group that led a sedentary lifestyle, 24% had died, which is over 3 times as many.

According to the scientists, the study also took into account other factors affecting lifespan, such as smoking and overall health; but still found that exercise played a major role when it came to life expectancy.

Dr Jeremy Jacobs, a geriatric specialist at Hadassah Hebrew University Medical Centre in Jerusalem and the author of the study, emphasises that elderly people don’t need to engage in high-intensity activity to live longer. He asserts that ‘as little as four hours a week was as beneficial as more vigorous or prolonged activity.’

What About the British Lifestyle?
Of course, the participants in the study mentioned above were all Israeli, where people generally stay more active than here in the UK. However, individuals like George Frogley prove that it’s just as possible to enjoy an active lifestyle when you’re 80 in this country as it is anywhere else.

The 80 year old grandfather of four has recently completed a half marathon, and doesn’t see his age as any reason to stop exercising yet. He says: ‘I wasn’t very active in my youth as there were no facilities for me to do so. When I was about 40 the middle aged spread came so I decided it was time to start exercising. I chose running over another sport as I could do it as and when in my own time and I could fit it in with work and family life.’

In the years that followed, Frogley took part in 10 marathons, 3 half-marathons and is a regular participant in the local 5k parkrun. He says that continuing to exercise in his 80s has not only helped him to maintain a healthy weight but that it also ‘helps me to feel fit’.

Staying Active When You’re 80
Remember that you don’t necessarily need to take part in marathons to keep fit and extend your lifespan. There are plenty of gentler forms of exercise which will help to keep you healthy, even when you’re 80 or over. Walking is an excellent low-impact way to keep fit, as is swimming, as the water helps to support your body and reduce strain on the joints.

If you’d like to embark on a new fitness regime, it’s important to talk with your doctor first, in order to establish a suitable exercise plan for your specific requirements.