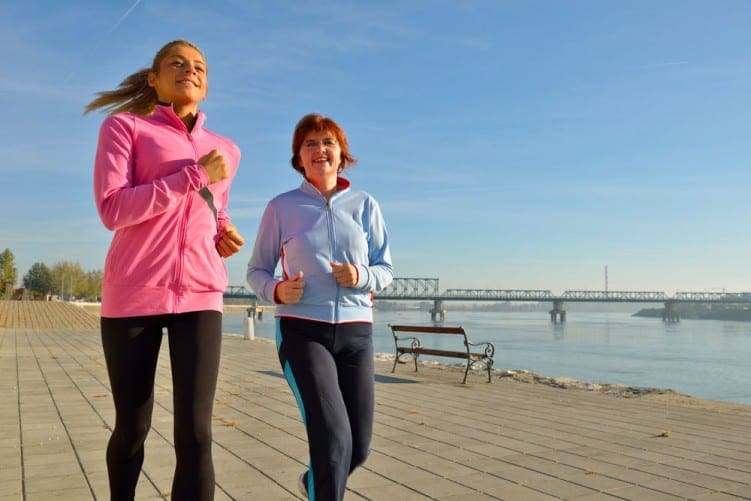 There’s plenty of research out there, telling you what you should and shouldn’t be doing in order to enjoy a longer, healthier life. In fact, with the wealth of medical studies claiming one thing or another, it can get quite confusing!

However, there is one simple formula that seems to occur across many of these medical pieces of research. More exercise, combined with a good diet, leads to a longer life.

Why Running?
Recent studies show that, out of all forms of exercise, running may be one of the most beneficial for your health. Often mistaken as an activity only suitable for younger people, running can actually be enjoyed by anyone, regardless of age or ability; and it offers significant health benefits.

‘The Health Benefits of Exercise are Greater than We Thought…’
According to an extensive study carried out at the University of California in Stanford, running decreases chances of dying prematurely, and also lowers the risks of contracting conditions such as cancer, heart-related illness and neurological diseases.

This particular study, which was published in the Archives of Internal Medicine, spanned 19 years, and compared 284 members of a running club with 156 healthy but non-running participants. All were over the age of 50 at the start of the research, which was back in 1984.

In addition to this, in the running group, rates of heart-disease, cancer, neurological disease and infections were also slower to manifest than in the non-running group.

Professor James Fries, who conducted the study, made the following statement about the results: ‘We did not expect this. The health benefits of exercise are greater than we thought.’

Other Advantages of Running?
In addition to this, it is also thought that running can boost the immune system, and, according to another study conducted at Salk’s Gene Expression Laboratory, can even boost cognitive skills. Ronald Evans, who led the research, concluded: ‘The heart and muscles need a surge of energy to carry out exercise, and neurons need a surge of energy to form new memories’.

It’s also a good way of controlling your weight, which in turn, reduces pressure on the joints. As you get older, the benefits of running can become especially valuable, especially as the improved muscle tone can help to boost natural balance and reduce the risk of falling and fracturing bones.

Indeed, bones naturally start to thin as we age; and most people lose 1 to 2 percent of their bone mass every year. Remaining inactive, rather than engaging in physical activity, can help to speed up the effects of osteoporosis.

How to Get Started?
It’s relatively easy to begin running, but first, it is advisable to consult with your GP, particularly if you have any existing health conditions that may affect your ability to run. Start gently and ensure that you warm up thoroughly before you get going, to reduce the risk of injury.