Bikram Yoga: What It Involves and How it Benefits the Body 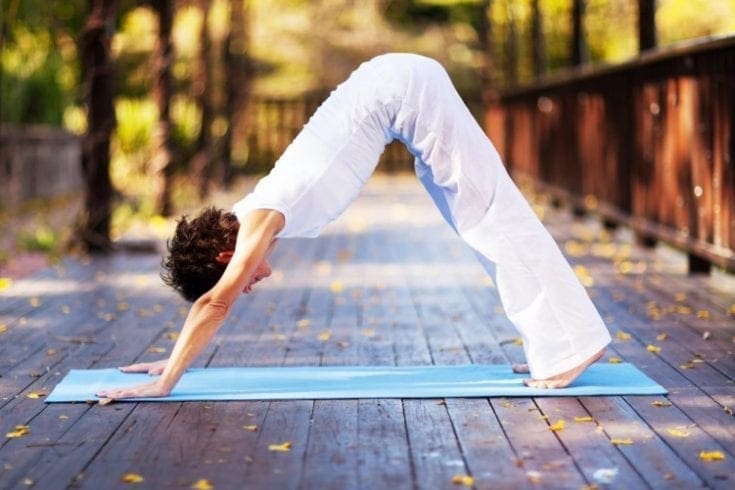 Those of you already familiar with yoga will know that not all types of yoga are the same. There are a number of different yoga practices; some dating back centuries, and others developed in more recent years.

Bikram yoga is a relative newcomer to the scene. It was created in the 1970s by Bikram Choudhury, who was originally born in Calcutta, India, before travelling to California. His style of yoga is a set series of 26 postures, all performed under hot conditions.

Soothing and Relaxing?
Unlike other forms of yoga, which focus on promoting mental wellbeing, Bikram yoga is more dedicated to developing flexibility and strength, whilst also burning significant amounts of calories. As a result, if you’re seeking something to help calm your mind, this probably isn’t the right activity for you.

When undertaking a Bikram yoga class, you’ll be put through your paces whilst exposed to temperatures of around 42˚C. This helps to elevate the heart rate, creating a far more intense work-out.

Athletes Choosing Bikram over the Gym
According to the Daily Record, athletes and sports stars are turning to Bikram Yoga in a bid to improve their fitness, and even claim that the activity helps them to better avoid injury when on the pitch.

Sam Parkin, a professional footballer, claims that he ‘started because I had heard it was good for your joints, muscles – strengthening and recovery from injury. I’ve found it really beneficial. My ankles have been great the last couple of years and I feel a lot more stable and stronger.’ He also adds: ‘It’s very challenging. People that think they are going in there to do a few postures and look nice are wrong, it’s hard work.’

What the Research Says
Professor Brian Tracy, a specialist in health and exercise science, conducted a series of studies, investigating the benefits of Bikram yoga. In the first, he explored the levels of calories burned per class, and found that men, on average, burned around 460 calories, and women burned 330 calories during one 90 minute session.

In the 8 week study, he also found that the participants enjoyed better flexibility, especially in their spines, shoulders and hamstrings, were physically stronger and had reduced their levels of fat stored in the body. Cardiovascular health showed no change, though this could be due to the limited time-frame of the study.

Safety when Practicing Bikram Yoga
If you’re interested in having a go at Bikram Yoga, it’s important to note that, whilst it’s suitable for people of all ages, it requires a certain level of physical fitness. It’s also strongly recommended that you speak to a GP first if you have any existing health problems that may affect your ability to manage the class, particularly in the intense heat and humidity.

However, if you’re in good physical condition, there’s no reason why you can’t participate in this form of yoga, and enjoy the benefits of an intense, complete body work-out.