Study Says Mediterranean Diet is Great for the Gut 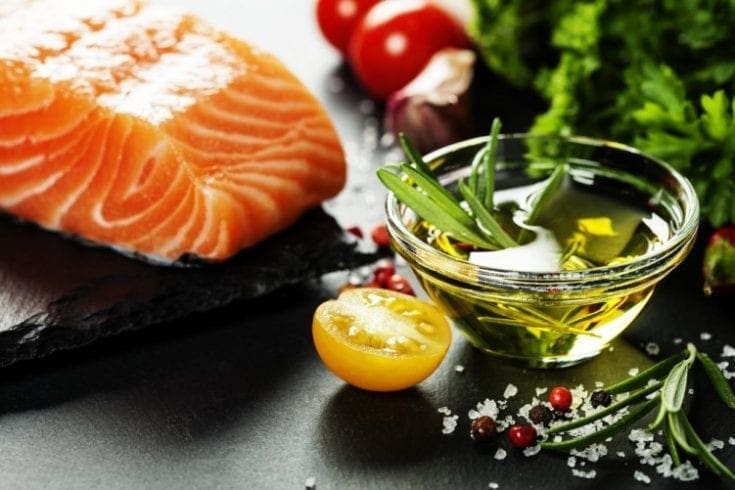 The researchers analysed the diets of 153 adults from around Italy, which included 51 omnivores, 51 vegetarians and 51 vegans. A Mediterranean diet made up 88% of what vegans ate, 65% of what vegetarians ate and 30% of what omnivores ate.

The study showed that those who follow a Mediterranean diet have higher levels of health-promoting short-chain fatty acids (SCFAs) in their gut. This is because this type of diet includes a lot of fibre-rich fruits, vegetables and legumes – a lot more than a typical Anglo-Saxon diet, which includes a lot of meat and dairy products. SCFAs are produced when fibre from dietary plant matter is fermented in the colon.

As well as being great for the gut, short-chain fatty acids are believed to be associated with a reduced risk of diabetes, heart disease and inflammatory diseases. Levels of SCFAs naturally vary with age, but the new study’s findings suggest that eating a high-fibre diet can boost their levels.

The researchers conclude: “We provide here tangible evidence of the impact of a healthy diet and a Mediterranean dietary pattern on gut microbiota and on the beneficial regulation of microbial metabolism toward health maintenance in the host.”

Additionally, the study showed that vegans and vegetarians had relatively low levels of a compound called trimethylamine oxide (TMAO), which has been linked to heart disease. These low levels were also seen in non-vegetarians who adhered to a Mediterranean diet.

The key message to take away from this study is one which is already widely spread – making produce the most significant part of your diet has numerous health benefits.