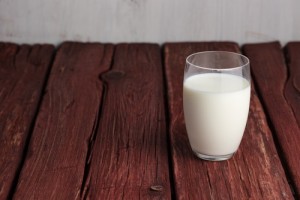 We all know that milk is good for the bones, but we don’t typically associate it with positive effects on the brain. However, a new US study has shown that three glasses a day may benefit brain cells as well as other parts of the body.

The study, conducted at the University of Kansas Medical Center, involved 60 adult participants, who were questioned about their diets then received brain scans. Associate professor of neurology In-Young Choi, and professor of dietetics and nutrition Debra Sullivan, found that those who had been drinking milk recently had more glutathione in their brains.

Glutathione is a naturally-occurring antioxidant, which may minimise the damage to brain cells caused by free radicals – harmful groups of atoms which are a by-product of metabolism.

“You can basically think of this damage like the build-up of rust on your car,” says Dr Sullivan. “If left alone for a long time, the build-up increases and it can cause damaging effects. If we can find a way to fight this by instituting lifestyle changes including diet and exercise, it could have major implications for brain health.”

“Antioxidants are a built-in defence system for our body to fight against this damage, and the levels of antioxidants in our brain can be regulated by various factors such as diseases and lifestyle choices,” says Dr Choi.

This study involved the use of high-tech brain scanning equipment housed at KU Medical Center’s Hoglund Brain Imaging Center. The brain scans showed that participants who drank three glasses of milk a day had the highest levels of glutathione, suggesting that this may be the optimum amount for beneficial effects on brain cells.

“Our equipment enables us to understand complex processes occurring that are related to health and disease,” says Dr Choi. “The advanced magnetic resonance technology allowed us to be in a unique position to get the best pictures of what was going on in the brain.”

Further research is needed to explore the connection between milk consumption and the brain. The researchers say that the next step should be a randomised, controlled trial to determine the effect of milk in this context more precisely.