Scientists Say Portion Sizes Should Be Taken Back to the 1950s 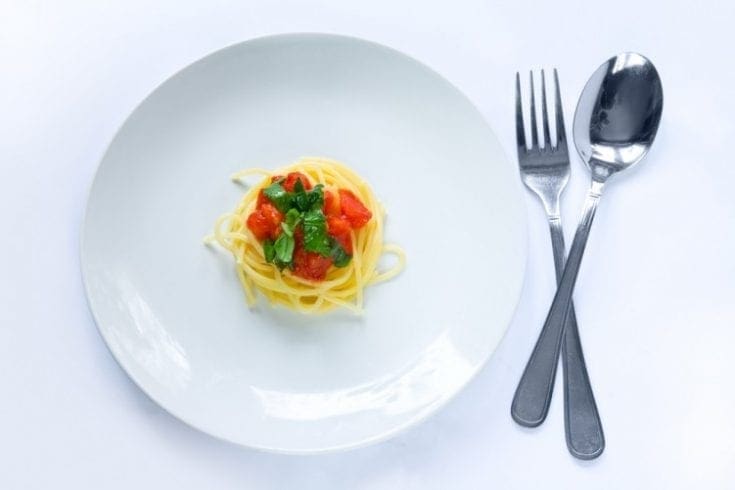 Leading health scientists from Cambridge and Oxford Universities warn that food portions need to be downsized across Britain to tackle the obesity crisis. They say that portion sizes should revert to the size they were in the 1950s.

The average size of food portions and packaging has increased significantly since the 50s. In the last two decades alone the average supermarket pizza has increased from 200g to more than 350g, while the average family packet of crisps has grown from 100g to 150g. Research has shown that these larger servings encourage people to eat more.

The experts say that smaller servings in restaurants, takeaways and canteens, as well smaller packaging sizes for foods and drinks sold in supermarkets could all help to prevent overeating. They also recommend downsizing plates, cups, glasses and even cutlery.

“We now have compelling evidence that people consistently eat and drink more, often without awareness, when offered larger sizes, portions or packages, or using larger items of tableware,” says Professor Theresa Marteau, professor of behaviour and health at Cambridge University, who led the study. “The size of the effect suggests that eliminating larger-sized portions from the diet completely could reduce energy intake by up to 16% in the UK. Informing people about this effect has little or no impact, hence the need for policy options that reduce the size, availability and appeal of large portions, packages and tableware.”

The experts say that reducing portion sizes by just 10% could help to significantly lower the number of overweight and obese people in Britain.

Professor John Ashton, president of the Faculty of Public Health, says: “A 10% reduction in food intake may not seem like much – but multiplied by 60 million people it would have a really big impact on diabetes and obesity.”