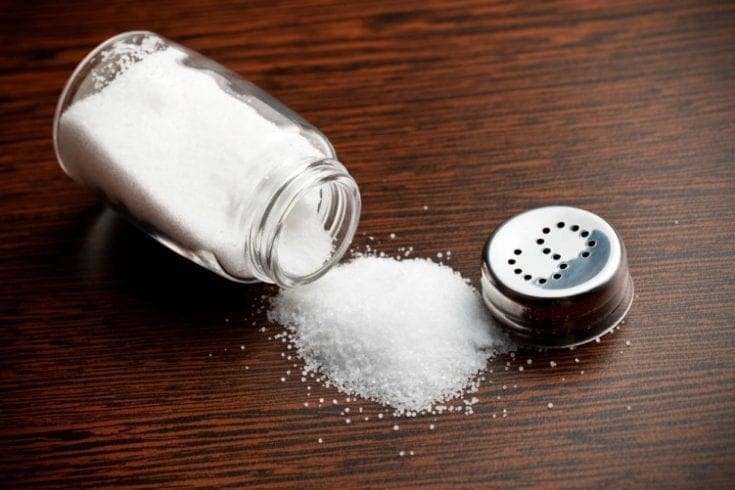 Researchers examined data on 785 adults and 458 children, who had been enrolled in a study on diet and nutrition. They found consuming an extra 1g of salt a day to be associated with a 28% extra risk of being overweight or obese in children, and a 26% extra risk in adults.

“These results suggest that salt intake is a potential risk factor for obesity independent of energy intake,” the researchers concluded in the report published in the medical journal Hypertension.

It is unclear why salt seems to have such a significant effect on weight gain, but the researchers suggest that salt affects the body’s metabolism, disrupting its ability to absorb fat. Other recent studies have also linked high salt intake to increased risk of obesity, highlighting its effect on thirst, which can encourage people to drink more sugar-sweetened drinks.

Professor Graham MacGregor, the new study’s lead author, criticises the food industry for adding too much salt and sugar to foods, increasing the public’s risk of obesity, high blood pressure, heart disease and type 2 diabetes. Statistics indicate that Britons currently consume around 8.1g of salt per day – significantly more than the 6g recommended by the NHS.

However, other diet experts warn that the results of this research should be viewed with caution, and that salt shouldn’t be labelled as the cause of obesity.

“To suggest that salt, rather than food intake and age-related body changes were responsible for changing weight and shape is, in my opinion, overly simplistic,” says Catherine Collins, principal dietitian at St George’s Hospital NHS Trust. “It appears that salt is a marker of calorie intake and obesity risk, not necessarily the cause of it.”

Professor Susan Jebb, diet expert at the University of Oxford and government advisor, adds: “I would not want to see the public misled by the publicity around this paper into thinking that cutting salt alone will reduce their risk of obesity or help them to lose weight.”