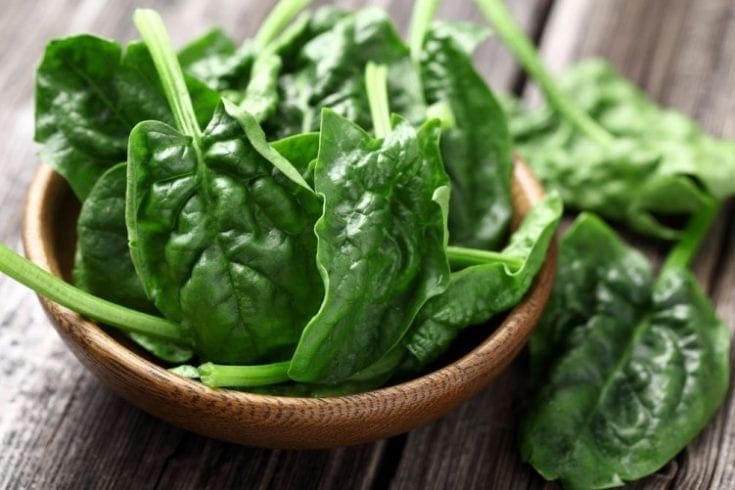 Dietary nitrates derived from leafy green vegetables are credited with many health benefits. They are thought to help keep oxygen levels high in the blood thus reducing the thickness of the blood, lowering blood pressure and preventing potentially dangerous clotting. A large study showed the beneficial effect in preventing vision loss by reducing the risk of glaucoma. In another study, researchers at Rush University in Chicago examined 950 participants, with an average age of 81, for two to ten years to assess their levels of mental decline. They used 19 tests to assess their mental function and paid close attention to what food and drinks were included in their diets.

It was found that those who ate leafy green vegetables, such as spinach and kale, once or twice a day were significantly less likely to experience cognitive or mental decline than those who did not. On average, regular intake of the vegetables seemed to halt mental decline for 11 years. The results held up even when factors such as education, exercise and family history of dementia were taken into account.

“Losing one’s memory or cognitive abilities is one of the biggest fears for people as they get older,” says lead researcher Martha Clare Morris. “Since declining cognitive ability is central to Alzheimer’s disease and dementias, increasing consumption of green leafy vegetables could offer a very simple affordable and non-invasive way of potentially protecting your brain from Alzheimer’s disease and dementia.”

If you would like to increase your intake of nitrate rich vegetables, these are some of the best sources:

Morris says that the brain-boosting benefits of leafy greens are most likely linked to their high levels of vitamins and nutrients, such as vitamin K, lutein, folate, and beta-carotene. Vegetables like spinach have been linked to a number of health benefits so there’s no shortage of reasons to include them in your diet.

You may also like to sign up to our free newsletter, The Best of Friends, by clicking on this link.