Is Hot Tea Harming Your Health? 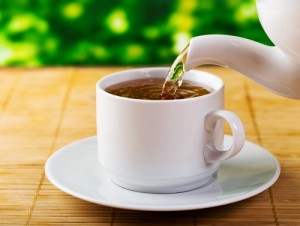 Many of us love a good cup of tea, but research suggests we may not be brewing our tea long enough to appreciate it at its best, and we might even be damaging our health in the process.

A study from the University of London showed that 40% of tea drinkers aren’t leaving the tea to infuse for the two minutes it requires to reach its optimum flavour; this might also mean that they are putting themselves at risk by consistently drinking their tea at a harmfully high temperature.

The Link Between Hot Black Tea and Oesophageal Cancer

Researchers at the University of Tehran have conducted a study which examines the link between drinking hot black tea and oesophageal cancer. They compared the tea-drinking habits of 300 participants with oesophageal cancer against those of people without the disease. Almost all of the participants were regular tea-drinkers, and they consumed an average of more than a litre per day.

Henry Sharpe, a consultant ear, nose and throat surgeon at East Kent Hospitals University NHS Foundation Trust, explained that the increased risk might be a response to damage caused to the oesophagus lining by these high temperatures. “This damage means cells have to be regenerated. When that happens, cells can sometimes go haywire, triggering cancer. The same thing happens with acid reflux, when the oesophagus is constantly exposed to acid splashing up the gullet.”

Adding Milk To Your Tea

Whilst oesophageal cancer affects 8000 people in Britain every year, it’s unclear precisely how this research affects those of us who have milk in our tea, which is much more traditional in the UK than in Tehran. In Europe, oesophageal cancer tends to be associated with smoking, obesity and alcohol more than hot drinks.

Adding cold milk to tea may well be useful in reducing the temperature and eliminating the risk of harm. It might still be useful to take the advice of this research and be patient with our hot drinks, leaving them to cool and develop flavour, especially for those who drink herbal or fruit teas.

Dr Steven Mann, consultant gastroenterologist at Barnet Hospital says: “The temperature and the speed at which the drink is ingested are the culprits, rather than the tea.”