Is Fat Really As Bad As We Have Been Told? 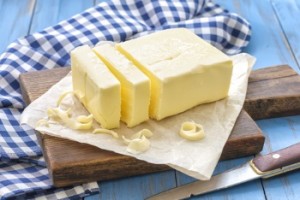 For years, we’ve been told that fat is the enemy. Our GPs and medical practices have often highlighted the negative effects of including fat in your diet, and most people are familiar with the link between eating excessive amounts of fat and developing heart disease.

Official Advice from the 1970s and 80s – Outdated and Inaccurate?

According to a recent piece of research published in Open Heart, much of what we know about fat and the effect it has on our hearts may well be inaccurate; or at least, not entirely true.

Since 1977, and again in 1983, national dietary advice has been to limit overall fat intake to 30% of total energy intake per day, and to limit saturated fat to 10%. But what was this recommendation based on?

Even back in 1977, it was acknowledged that the evidence used to back up these dietary recommendations was inconclusive. In a recent review, researchers have examined the trials used as evidence, and found them to be ‘very limited’.

Six trials were carried out, spanning only five years; and involving 2,467 men. Of these six trials, five didn’t take into consideration either the overall fat or saturated fat recommendations mentioned above. Additionally, and perhaps even more alarmingly, no women were involved, none of the trials tested the dietary recommendations on their participants, and none made any conclusion about how much fat should be consumed as part of a balanced diet.

Even worse, the collected data from the trials was highly contradictory. In total, 740 deaths were recorded, with 423 of those being from heart disease. However, there was no significant difference between the ‘treated’ group or the control group; with 207 dying from heart-related illness in the former, and 216 in the latter.

Researchers comment: ‘It seems incomprehensible that dietary advice was introduced for 220 million Americans and 56 million UK citizens, given the contrary results from a small number of unhealthy men.’

Back to Eating Fat?

Although these studies clearly don’t provide enough solid evidence to prove that too much fat is unhealthy, that doesn’t necessarily mean you should immediately tuck into fast food, steaks and fatty desserts.

Rahul Bahl, from the Royal Berkshire NHS Foundation Trust, urges against over-indulgence in high-fat foods until further research is carried out. He acknowledges that the evidence is scanty, but states that ‘it doesn’t mean that the risk factor identified is not a true risk factor’.

However, it certainly seems that labelling fat as the main contributing factor to causing heart disease may not be entirely fair. Indeed, it’s been suggested that other nutrients also have an adverse impact on the health of your heart.

Experts suggest that, until further studies take place, keep limiting both saturated and trans-fats in your diet, whilst focusing on maintaining a healthy, balanced diet.