Healthy Snacks May Make You Eat More and Exercise Less 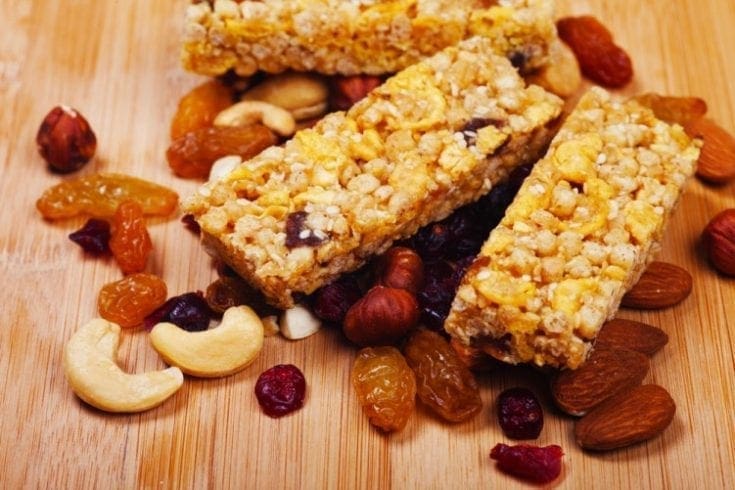 There is no shortage of ‘healthy’ snacks on the market, aimed at those trying to lose weight or pick up nutritious alternatives to chocolate and crisps. However, in some cases they might not be doing much to help you stay in shape, as a new study suggests they encourage you to eat more and exercise less.

Researchers at Pennsylvania State University and Technische Universität in Munich offered participants trail-mix snacks, marked either as a fitness snack or simple ‘Trail Mix’. So-called fitness snacks included a picture of running shoes on the front to emphasise the impression that they were healthy.

In one exercise, participants were told to snack as they would at home and were given eight minutes to test and rate the product. In another, they were given the option to exercise as vigorously as they liked on a stationary bicycle after eating their snack.

Those who specified that they were trying to lose weight ate far more of the snack with the ‘fitness’ label. They also tended to burn fewer calories during the exercise phase. The researchers deduced that this was because they believed they had snacked healthily and therefore felt less need to work hard.

The study authors wrote: “Branding the product as ‘fit’ increased consumption for those trying to watch their weight. To make matters worse, these eaters also reduced their physical activity, apparently seeing the ‘fit’ food as a substitute for exercise.”

They warn that consumers should not he lured into a false sense of security by ‘fitness branding’, and should avoid eating such foods in higher quantities simply because they are marketed as fitness-friendly. They also suggest that brands should highlight the importance of maintaining an adequate exercise regime, even when swapping sugary snacks for healthier ones.