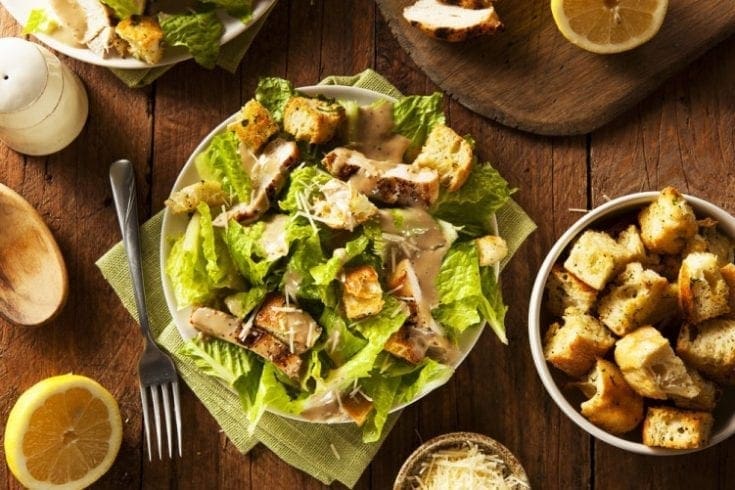 A new study published in the journal Diabetes Care has provided evidence that the order in which we eat different foods can reduce blood sugar levels in obese people. The findings suggest that diabetics and those most likely to develop the condition could alter the way they eat to minimise risk.

The study involved 11 participants with both obesity and type 2 diabetes. All were taking metformin – a drug which helps to control glucose levels. All were asked to eat a meal consisting of chicken breast, ciabatta bread, lettuce and tomato salad with low-fat dressing, steamed broccoli with butter, and orange juice. They were then asked to eat the same meal in a different order, a week later.

The researchers observed how their glucose was affected each time by measuring glucose levels in the morning before the meal and several times after the meal. Levels were checked 30, 60 and 120 minutes after eating. Findings showed that when vegetables and protein were eaten before the carbohydrates, glucose levels were 29%, 37% and 17% lower at the three post-meal check-up times. Insulin levels were also significantly lower.

“Based on this finding, instead of saying ‘don’t eat that’ to their patients, clinicians might instead say ‘eat this before that’” says senior author Dr Louis Aronne. “Carbohydrates raise blood sugar, but if you tell someone not to eat them – or to drastically cut back – it’s hard for them to comply. This study points to an easier way that patients might lower their blood sugar and insulin levels.”

This study had a very small sample group, meaning more research must be done to confirm the significance of the results, but the difference in glucose levels related to eating meals in different orders is noteworthy. The results suggest that a very small change in dietary habits could have a real positive impact on the health of those with diabetes and obesity.